EUR/USD. April 11th. Results of the day. The euro is completely calm 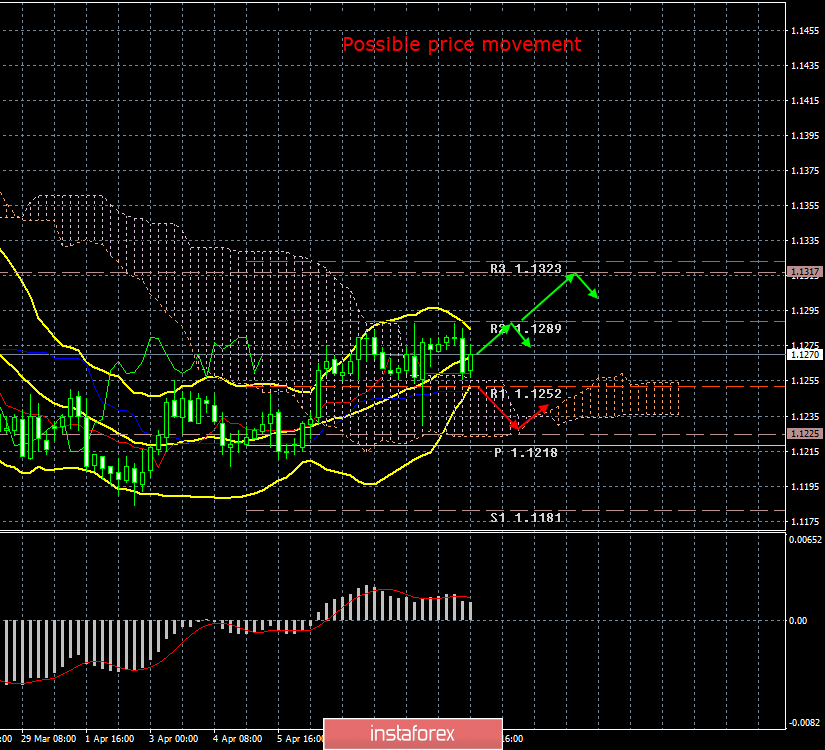 On the second to the last trading day of the week, the EUR/USD currency pair was trading again in a narrow price range with no trend, even intraday. There were no macroeconomic publications today, except the producer price index in the United States. However, this report provided the US currency with very weak support, although it turned out to be significantly higher than the forecast value. In general, the pair continues to trade, as if it's reluctant. The minimum uptrend as a whole remains, however it is impossible to call it an uptrend. Rather, a protracted correction. However, from our point of view, one should pay attention to two facts. First: the pair did not manage to overcome the support level of 1,1200. Second, even after another unsuccessful attempt to overcome this, an upward trend did not start. It turns out that market participants simply do not know which way to trade the pair now. There is not enough strength to overcome the level of 1.1200, and there are fundamental grounds for an upward movement. Thus, in current conditions, we recommend to trade only in short-term positions. The week will finally end, by the way, as boring as it has been. Tomorrow we can only mention the release of data on industrial production in the European Union and the consumer confidence index in the United States. It is unlikely that these reports will be able to pull out the pair from a complete "lull".

The EUR/USD pair has once again started to adjust against a weak uptrend. Thus, now long positions in small lots with a target of 1.1289 remain relevant, but after the completion of the current round of correction.

Sell positions are also recommended to be considered in very small lots with targets at 1.1225 and 1.1181 if the pair consolidates below the Kijun-Sen line. We remind you that the support level of 1.1200 is very strong, and the instrument might not fall below it.

The material has been provided by InstaForex Company - www.instaforex.com
EUR/USD. April 11th. Results of the day. The euro is completely calm