EUR/USD. April 1st. Results of the day. The first day of the week and month again remained behind the US currency 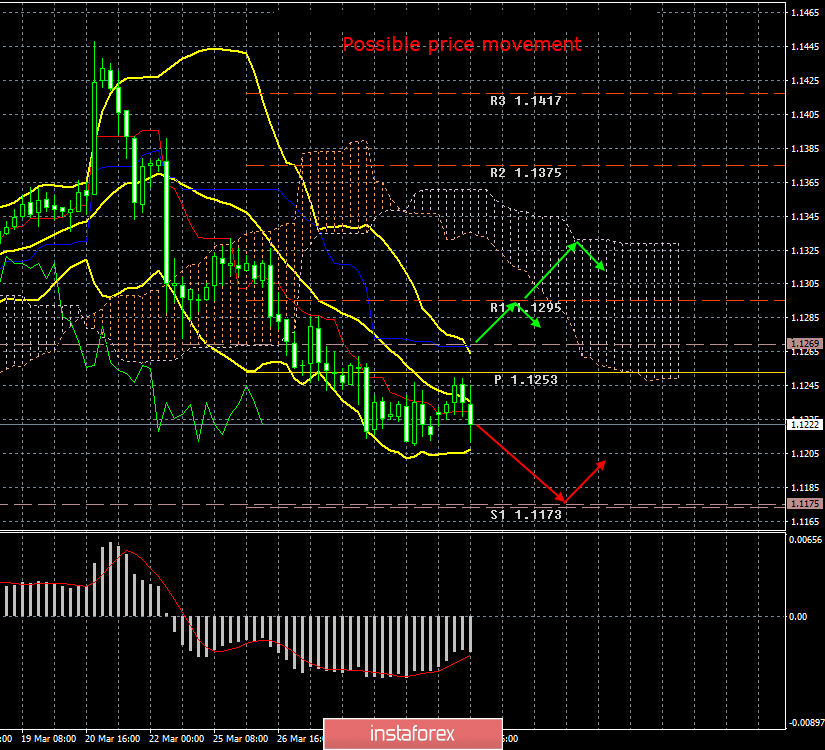 On Monday, April 1, the European currency resumed its decline following a slight correction during the US trading session. Today's news from the eurozone disappointed traders, which did not allow the European currency to continue a recovery. Although it should be recognized that the importance of macroeconomic reports from Europe was lower than reports from the United States. However, the preliminary value of the consumer price index for March was below the forecast of 1.4% y/y. Core inflation slowed down from 1.0% to 0.8% y/y and the unemployment rate remained unchanged at -7.8%. That was enough for the euro to again fall under traders' sales. Macroeconomic statistics from the United States also did not please. Retail sales fell by 0.2% m/m in February instead of a growth of 0.3%. Without car sales, the indicator lost 0.4% instead of a gain of 0.4%, while the retail control group lost 0.2%. Markit Manufacturing PMI fell to 52.4. However, the situation was slightly saved by the ISM business activity index, which rose to 55.3 in March. In general, thus, the advantage remains on the side of the US currency. We also note that instrument volatility has again decreased to almost minimal values and today is unlikely to be an exception. The MACD indicator, which did not have time to discharge properly, did not even have time to react to the correction's completion. Thus, a new round of correctional movement towards the critical Kijun-Sen line is still possible.

The EUR/USD pair continues a sideways correction, since the previous price low has not been updated, and the MACD has not turned down. Thus, it is recommended to open new shorts no earlier than the completion of the current correction with a target of 1.1175.

Long positions in small lots are recommended to be considered if the pair manages to overcome the Kijun-Sen line, with targets at the resistance level of 1.1295 and the Senkou Span B. line. This was enough to get the euro under traders' sales.

The material has been provided by InstaForex Company - www.instaforex.com
EUR/USD. April 1st. Results of the day. The first day of the week and month again remained behind the US currency