EUR/USD: a false move down and waiting for future releases

The intermediate resistance level of 1.1320 turned out to be too tough for the bulls of the EUR/USD pair, at least, the buyers could not overcome this target impulsively. After Friday's growth, the pair got stuck in the flat, reacting to minor fundamental factors and market rumors. This morning, the EUR/USD bears intercepted the initiative and tried to return the price to the area of the 12th figure. They almost succeeded, though only for a short while: at the start of the American session, the pair turned 180 degrees and returned to the previously occupied positions in the area of 1.1310. 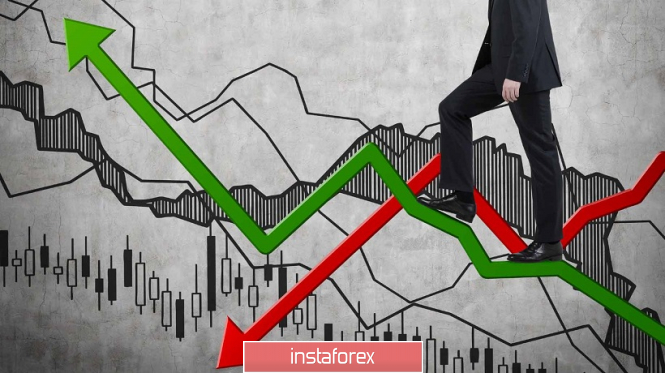 This unsuccessful attempt of the southern movement is explained by weak arguments from bears. Traders reflexively responded to an unconfirmed insider about the mood among members of the ECB. So, according to American journalists, some members of the European regulator do not share the opinion of their colleagues about the recovery of the eurozone economy in the second half of this year. In their opinion, the economic forecasts of the Central Bank are too optimistic, since the slowdown in China's key indicators and the ongoing trade conflicts will continue to have a negative impact on the growth dynamics of Europe. They also questioned the accuracy of the forecast models that are used by the regulator – in their opinion, this model gives a distorted picture and does not fully take into account the revised macroeconomic indicators.

Traders were concerned about this insider action: first, the split in the ECB is a negative signal a priori, and secondly, on the basis of the above forecast model, the members of the regulator calculate the approximate timing of tightening monetary policy. Today, the market expects to see the first rate increase in the first half of 2020 (the ECB is still limited to the wording "the rate will be maintained at least until the end of this year"). If the regulator suddenly revises its forecasts and/or the formula for calculating forecasts, then the approximate date of the rate increase may be postponed to a later date.

Such prospects (albeit hypothetical) put pressure on a pair EUR/USD. But just a few hours later, the pair recovered: the market did not perceive the sounded signals as a threat. Firstly, even insider sources emphasized that such views are held by a "significant minority" of ECB members. Secondly, all decisions taken at the last meetings of the regulator were taken unanimously, which indicates the solidity (at least in external manifestation) of the opinions of members of the Board of Governors of the Central Bank. Thirdly, we should not forget about the recent speech by Mario Draghi, who rather optimistically assessed the prospects of the European economy. Speaking this weekend, the head of the ECB said that negative factors "gradually weaken their influence," so, in the second half of the year, the key economic indicators can again demonstrate growth.

The bearish EUR/USD pair fell today and for another reason: business sentiment indices from the ZEW institute in Germany and throughout the eurozone were released in the "green zone". Let me remind you that the German indicator in March showed the strongest growth over the last year, although the indicator remained in the negative area. But traders still paid attention to the dynamics of its growth – and today this dynamics has been confirmed. For the first time since March 2018, the index exceeded zero and reached 3.1 points, significantly exceeding the expectations of experts (who predicted an increase to 0.9 points). 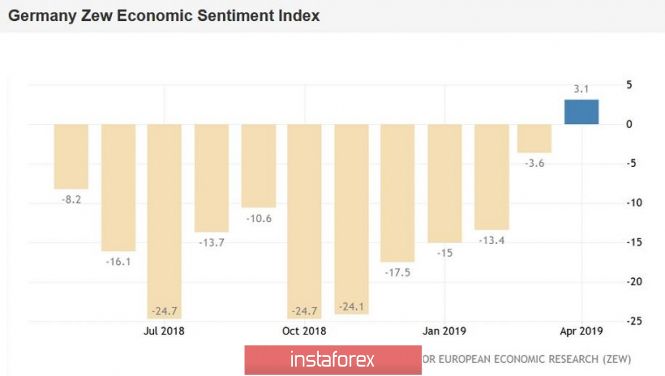 In addition, the increase in the index in the eurozone as a whole also exceeded expectations, updating the 11-month maximum. Coming out of the negative area, the indicator reached 4.5 points against 1.2 forecast points. It is worth noting here that PMI data in the manufacturing sector will be published on Thursday, and according to preliminary forecasts, these indicators will also show positive dynamics.

In other words, on the one hand, traders did not attach importance to disturbing rumors, but on the other hand, they reacted to the block of secondary macroeconomic statistics. As a result, the pair remained virtually in place, while the bears needed to lower the price below the support level of 1.1280 (where the middle line of the Bollinger Bands indicator coincides with the Tenkan-sen line).

Now all the attention of traders will be focused on tomorrow's releases. First of all, we are talking about data on the growth of China's GDP: we will know the preliminary figures for the first quarter of this year. According to general estimates, the Chinese economy will again show signs of a slowdown: the volume of real GDP should be 6.3% (6.4% in the fourth quarter), and GDP growth from the beginning of the year to the reporting quarter should be 6.3% (6.6% - in the fourth quarter). If the Chinese are surprised by the growth of the economy, the risk appetite will increase again in the market, exerting strong pressure on the US currency. 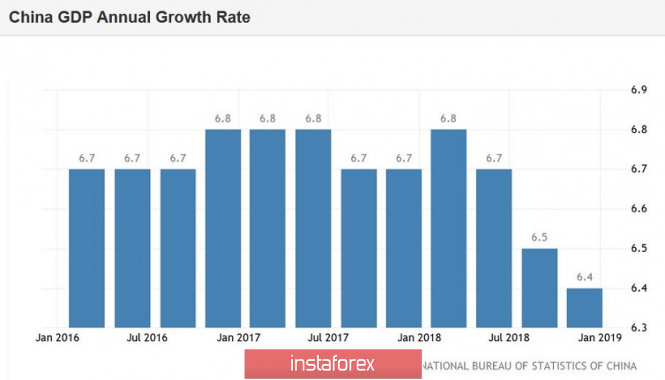 Also tomorrow you should pay attention to the publication of data on inflation in the eurozone (the final estimate for March). Let me remind you that the March figures were disappointing: the consumer price index dropped to 1.4%, while the core index fell to 0.8%. Both indicators were in the "red zone", not reaching the forecast levels. According to general forecasts, the final assessment should coincide with the preliminary one. But if the figures are revised upwards (especially for core inflation), the pair EUR/USD will receive a reason for its further growth.

From the point of view of technology, the situation has not changed: the bulls of the pair need to keep the level of 1.1280, the bears, respectively, go lower. To confirm the northern movement, buyers need to overcome the resistance level of 1.1370 (the upper boundary of the Kumo cloud, which coincides with the upper line of the Bollinger Bands indicator on D1).

The material has been provided by InstaForex Company - www.instaforex.com
EUR/USD: a false move down and waiting for future releases