The trend rate of intraday fluctuations of the euro major is set by the bearish wave of March 20. The nature of the movements is corrective. The structure lacks the final downward part. The price is near the lower boundary of the potential reversal zone.

Preparations for changing the intersessional trend of the euro is nearing completion. The flat fluctuations of the last 3 days have formed a reversal structure, which can continue with a price reduction already at the next trading sessions. The probability of a short-term price increase is not excluded. The expected swing down is estimated at around one and a half price figures.

For purchasing conditions in the next day is not created. In the area of resistance, traders are advised to monitor the pair's sell signals. 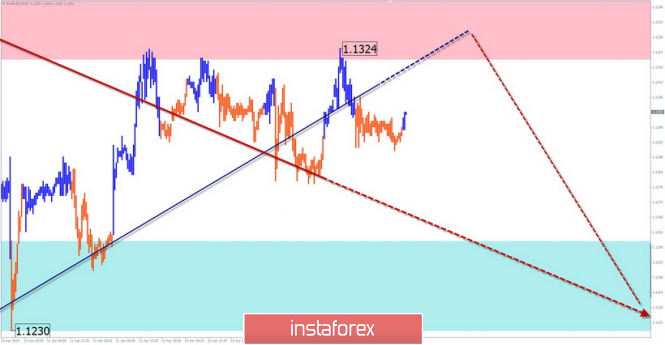 The price fluctuations of the pound over the last month have a pronounced flat character, forming a horizontal triangle on the chart. The structure of the last bearish wave of March 13 is developing according to a clear algorithm, which lacks the final part. The middle part of the wave (B) is fully formed.

The price is at the lower limit of the converging flat corridor, which can be broken in the next day. Before the active phase of decline, there is a high probability of a sharp increase in volatility, with a short-term rise in the price to the resistance zone. Given the pre-holiday day, the pair's market activity may move to the beginning of next week.

Buying a major pair of pounds in the coming days is unpromising, even on small TF. The downward mood dominates, so it is recommended to focus on searching for sell signals. 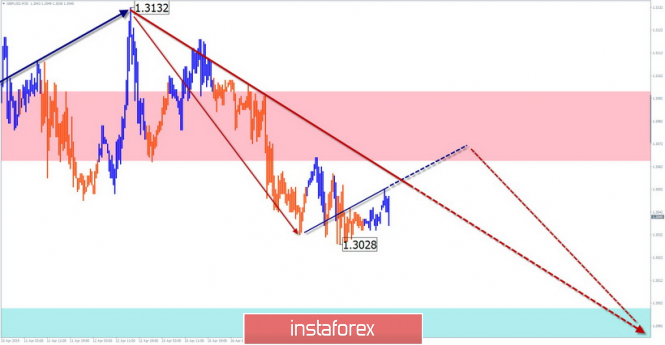 The unfinished wave of the Japanese yen is starting from March 25th. It completes a larger upward wave zigzag, which allows us to expect a quick transition of the current price increase to a larger scale. The structure tracks the first parts (A + B), completes the correctional rollback within the final part (C).

With a high probability, the current flat will continue today in the last days. The completion of the corrective phase is expected in the area of calculated support. The beginning of the price rise can be expected no earlier than tomorrow.

It is recommended to refrain from trading in the market of the pair until the end of the current flat phase of the movement. When the price reaches the support zone, you should pay attention to the reversal signals in order to search for signals of entry into long positions. 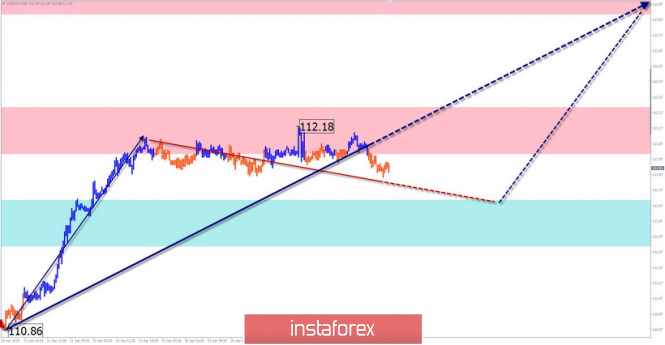 The material has been provided by InstaForex Company - www.instaforex.com
EUR/USD GBP/USD USD/JPY. Simplified wave analysis and forecast for April 18