The downward wave model of March 20 is developing on the euro chart. It corrects the area of the bullish trend, so the potential for decline is expected to be small. In the structure, an intermediate rollback is formed within the framework of the final part (C).

The forthcoming price move up is estimated in the range of the price chart. A short-term decline is expected in the morning. A breakthrough of the lower limit of the support zone is unlikely. The growth phase can be expected at the end of the day or tomorrow.

In the area of settlement support, supporters of short-term intraday transactions can look for signals to buy a pair. It is necessary to take into account the correctional nature of the entire rise. For longer trading, you need to wait for the completion of the price rise and look for signals to sell the instrument. 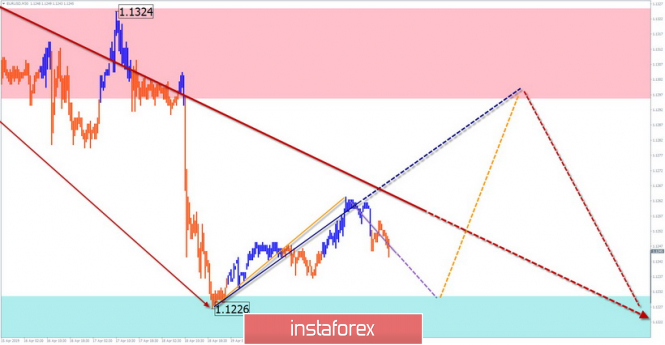 As seen on the chart of the pair in the last month, the price moves mainly sideways, forming a bearish wave of correction. The final part (C) is not enough to complete the whole structure. In its framework, since the end of last week, an intermediate rollback has been developing.

The internal structure of the current rise in recent days indicates the upcoming price spurt up. The potential for growth is expected no further than the daily average of the pair. Then you can count on a repeated decline.

Purchases can be recommended only to supporters of intrasessional trade. It is safer to wait out the rollback phase and look for short-trade entry signals in the area of the resistance zone. 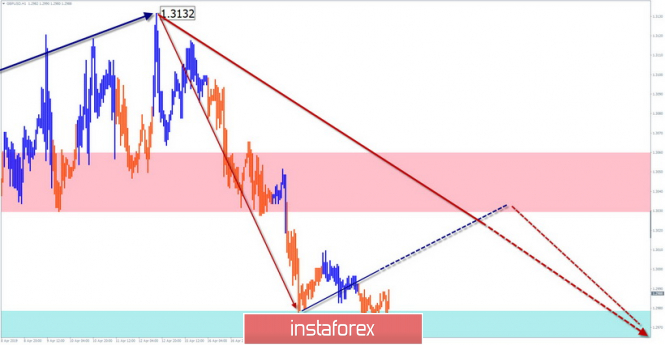 As seen on the H1 chart, the upward wave of March 25 is not over. It forms the last part in a larger-scale bullish construction. Intermediate downward rollback completed. The wave structure lacks a final price spurt upward.

The chart has all the conditions for the beginning of the active phase of growth. The price rise that began in the Asian session has a reversal potential. In the next session, there is a high probability of a repeated rollback down

Sales in the coming days are becoming irrelevant. When the price approaches the support zone, it is recommended to monitor the signals of buying the pair. The nearest resistance zone can limit the daily range of the pair. 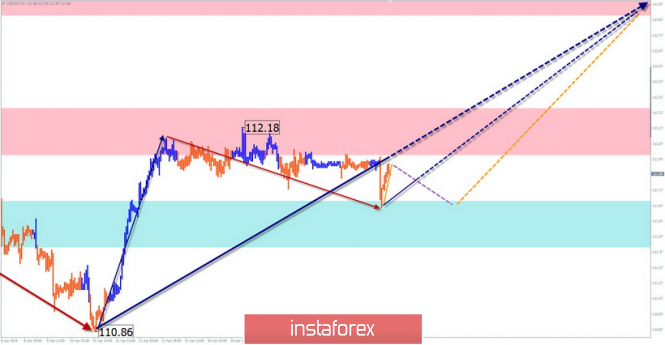 The material has been provided by InstaForex Company - www.instaforex.com
EUR/USD GBP/USD USD/JPY. Simplified wave analysis and forecast for April 23