EUR/USD: the upward impulse faded away, traders are waiting for a "hot environment"

The euro/dollar pair continued a correctional growth today, but the upward impulse shows signs of slowing down. This is eloquently shown by the fact that throughout the day, the price could not overcome the resistance level of 1.1280 (the middle line of the Bollinger Bands indicator on the daily chart), but has so far failed to consolidate above this target. This price level is the last stronghold before entering the 13th figure, so the pair's behavior near the mentioned mark is important. 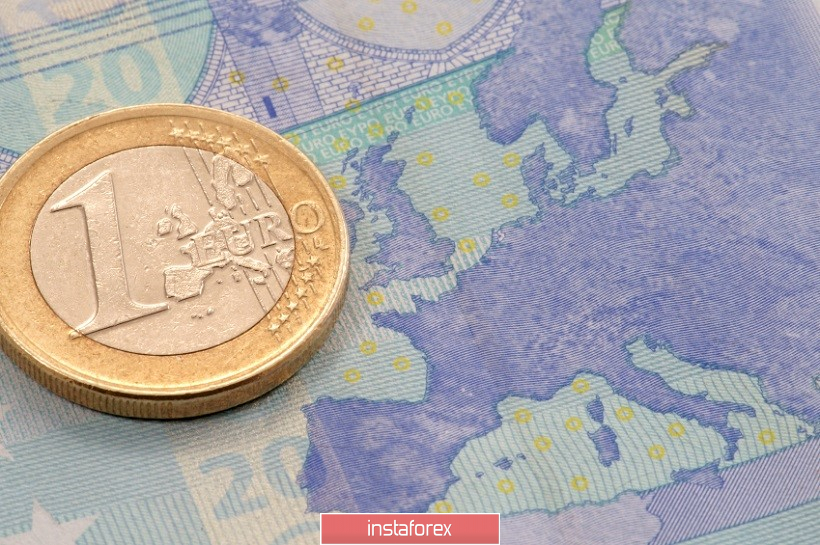 In general, the same "weather" as yesterday remains on the market today - optimistic expectations regarding the prospects for Brexit and the US-China talks are pulling up the EUR/USD pair, and the more modest growth compared with yesterday is because traders are more cautious on the eve of the ECB meeting, release of data on the growth of US inflation and the publication of the minutes of the March meeting of the Fed. All these events will occur tomorrow, whereas today, traders follow the principle of "buy on rumors, sell on facts." It is still too early to talk about facts, while rumors about the ECB's April meeting are indeed optimistic.

Let me remind you that at the last meeting of the European Central Bank, Mario Draghi put an end to the debate about whether the rate will be raised this year or not. The probability of this chance was so close to zero, but there were still some hopes that inflation growth would be restored. But in March, Draghi said a final "no", after which all discussions on this matter actually ended. The latest data on the growth of European inflation have strengthened confidence that the ECB will hold a wait-and-see position for at least a year. he base consumer price index fell from 1% to 0.8%, causing well-founded concern of investors. There are rumors in the market that Draghi may initiate monetary easing. 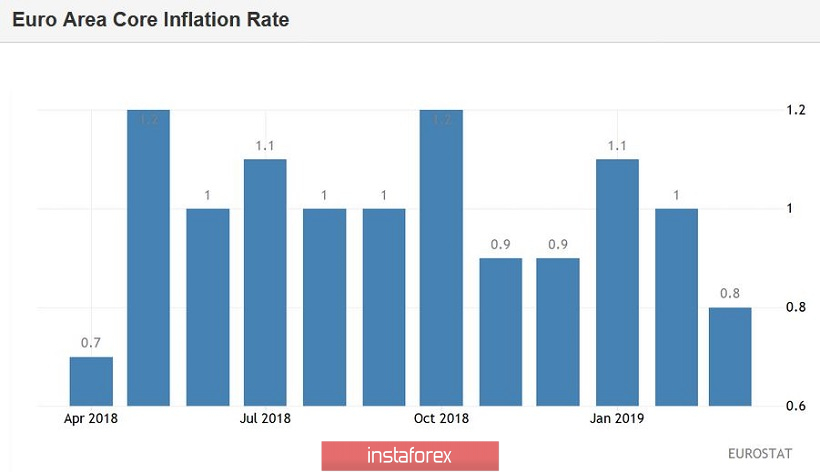 These rumors intensified last week following the release of the minutes of the ECB March meeting. According to this document, members of the central bank discussed options for more aggressively stimulating the eurozone economy. Although the text of the minutes does not indicate what measures exactly are in question, the market made independent conclusions that the ECB could either lower the rate or use other tools of additional incentives in the foreseeable future. But last week, Mario Draghi somewhat offset these fears, emphasizing the presence of side effects of low rates. Following this statement, an open appeal appeared from German bankers, who called on the European Central Bank to introduce a differential rate on deposits.

At the moment, it is not known whether members of the ECB will consider this issue at the April meeting or not. However, with a high degree of probability we can say that the issue of reducing the interest rate will probably not be discussed - two news agencies reported this yesterday, referring to sources who are familiar with the matter.

In my opinion, the European Central Bank meeting in April will be "passing". The regulator will retain the March wording on plans to maintain the current rate levels "at least until the end of 2019", and will not revise forecasts for inflation on the eurozone economy (as it did at the March meeting). Also, Mario Draghi will certainly not reveal additional details regarding the new round of targeted loans (TLTRO): the June meeting in this regard will be more informative.

Thus, the market has already played or laid in the current prices, many points that might be announced by the head of the ECB at the end of tomorrow's meeting. Since the euro's worst-case scenario is currently the most unlikely, buyers of the EUR/USD pair have significantly intensified, especially against the backdrop of the weakening of the US currency.

The dollar is also in anticipation: tomorrow, we will find out the details of the March Fed meeting, as well as the March value of US inflation. Dollar bulls are pessimistic, despite the projected increase in the consumer price index. Data on wage growth, which was published last Friday, has disappointed the market, and now traders expect a similar dynamics on inflation. Today, the yield of 10-year-old treasures already "dived" into the region of 2.49%, and the dollar index again fell to the middle of the 96th figure, reflecting the general mood of investors. The dovish rhetoric of the Fed's minutes can only add to the overall picture. Although this document is unlikely to cause a strong reaction, given the fact that after the March meeting, Jerome Powell held a press conference in which he outlined his vision of the situation.

Progress in negotiations between Washington and Beijing also exerts its influence on the foreign exchange market, weakening the position of the US currency. During periods of global tension, the demand for the dollar increased significantly, but now that the "thaw" has come in relations between the superpowers, there is an inverse trend in the market.

All this makes it possible for the euro/dollar pair to demonstrate corrective growth. However, the fact that today, buyers could not overcome the resistance level of 1.1280 speaks of the extinction of the upward impulse. But if the rhetoric of the members of the ECB will be more optimistic, and US inflation will be worse than expected, the pair will not only resume its growth, but also gain a foothold above the mid-13th figure. Otherwise, the bears will seize the initiative and send the pair to the main support level of 1.1160 (the bottom line of the Bollinger Bands on the daily chart).

The material has been provided by InstaForex Company - www.instaforex.com
EUR/USD: the upward impulse faded away traders are waiting for a "hot environment"