EUR/USD. US inflation and the ECB could not push the pair out of the range

Today, the euro-dollar pair could not break through the flat range, although the price fluctuations were quite wide. Having risen to the level of 1.1290, in a few minutes, the price literally fell to the bottom of the 12th figure. But the downward impulse quickly faded away, after which the pair returned to the usual "autopilot" mode.

Coincidentally, today, Mario Draghi's press conference began almost simultaneously with the release of data on the growth of US inflation. Such a layering of the most important fundamental factors happens infrequently, so traders were somewhat puzzled: this was indicated by abrupt price movements. Initially, the EUR/USD reaction was in favor of the euro. Ambiguous figures of US inflation put pressure on the dollar, after which the pair updated its daily high. On the one hand, the consumer price index showed a positive trend - both in annual and monthly terms. The indicators exceeded the forecasted levels and reached 0.4% (m/m) and 1.9% (g/g). 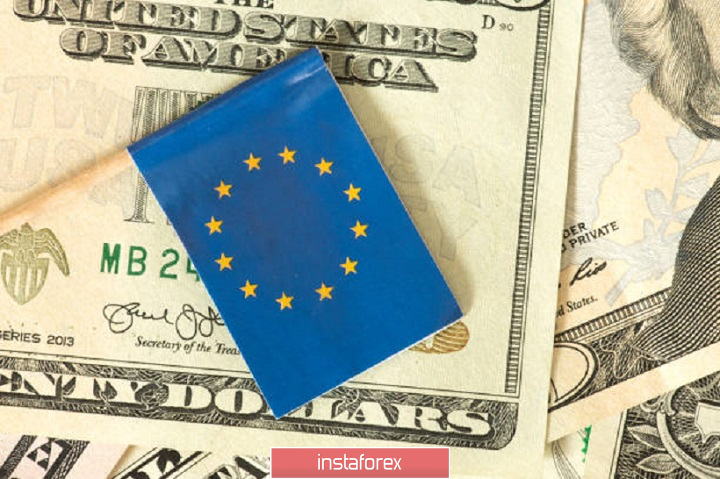 On the other hand, core inflation disappointed. The core index excluding prices for food and energy fell more than expected. On an annualized basis, the indicator showed the weakest growth since February last year, rising by only two percent. In monthly terms, the index came out at the level of the previous month (0.1%), although experts predicted a more substantial growth. The slowdown in core inflation is an alarming sign, especially against the background of a slowdown in wage growth. Let me remind you that the inflation component of nonfarm also disappointed the market, being in the "red zone". Now the negative picture was supplemented with today's release.

However, the price surge did not last long - a few minutes after the release of US data, the market switched to Mario Draghi's rhetoric. The head of the ECB again voiced a soft rhetoric, confirming the "dovish" stance of the European regulator. First, he stated the slowdown in eurozone growth in general and inflation in particular. According to him, inflation indicators will decline for a few more months and hit their lowest in approximately early autumn. Secondly, Draghi again remembered the protectionism of Donald Trump - in his words, the White House policy "undermines the overall level of trust."

We are talking about recent claims from Washington: according to the US, some European countries (namely, France, Italy, Spain and Germany) illegally subsidize the European aircraft manufacturer Airbus, causing the US state an annual damage worth $11 billion. In response, the United States introduced additional duties that will be imposed on helicopters, motorcycles, airplanes, food and alcohol products from the above-mentioned European countries. Although Mario Draghi did not mention this particular trade conflict, the hint was very transparent. The head of the ECB also referred Brexit among other potential risks. He stressed that at the moment it is not clear when and under what conditions Britain will leave the European Union, and this factor, in turn, reduces the level of business confidence and affects the investment climate.

By and large, Mario Draghi did not say anything new today: he only structured those theses that he had previously voiced in various forums, conferences and other relevant events. Therefore, the market was not shocked or too surprised by his "dovish" rhetoric. Moreover, the head of the ECB tried to demonstrate a certain optimism - for example, he said that the negative impact of "certain internal factors" on the eurozone economy is starting to weaken. He did not specify what factors exactly were being discussed, but he said that inflation in Europe should "come to life" in the second half of the year. However, Draghi could not sweeten the pill - the overall impression from the ECB meeting remained negative. 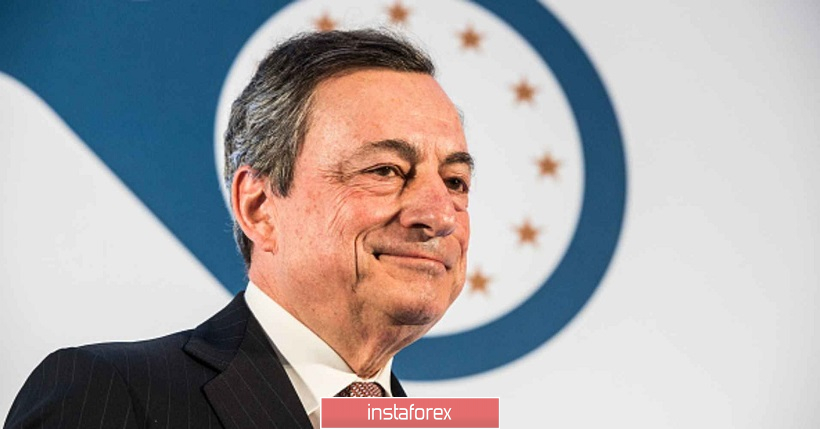 But in my opinion, the European currency has passed its position for another reason. Let me remind you that there were rumors being spread among traders that the ECB may consider introducing a differential rate on deposits. But Draghi denied these rumors, saying that this issue requires further analysis and, in general, it is "too early" to talk about it. Also, the head of the ECB did not talk about the conditions of the new round of TLTRO. He made it clear that this topic is still under discussion, and much will depend on the further dynamics of key macroeconomic indicators in the eurozone.

Therefore, the April meeting of the ECB and the release of data on the growth of US inflation could not "push out" the EUR/USD pair from the range of 1.1160-1.1280, despite significant price fluctuations. At the end of the day, the price remained almost at the same level as at the opening. This means that now the market will focus on global fundamental factors - first of all, we are talking about the prospects of Brexit and the trade war between the United States and China.

The material has been provided by InstaForex Company - www.instaforex.com
EUR/USD. US inflation and the ECB could not push the pair out of the range