On Friday, the Australian dollar unsuccessfully tried to reach the daily scale of the MACD line, as US employment data came out "tolerable" - 196,000 jobs were created in the non-agricultural sector in March, hourly wages increased by 0.1% economic active population from 63.2% to 63.0%, the unemployment rate remained at 3.8%.

Today, in the Asian session, the "aussie" continues to decline, consolidating below the MACD daily scale line and returning to the range of frequent consolidations of 0.7060-0.7100. The signal line of the marlin oscillator on the daily chart is attacking the border of the bears' territory, on H4 in the decline zone. We are waiting for the price to exit below the accumulation range and a further decline towards the support of the graphic trend line in the area of 0.6890. 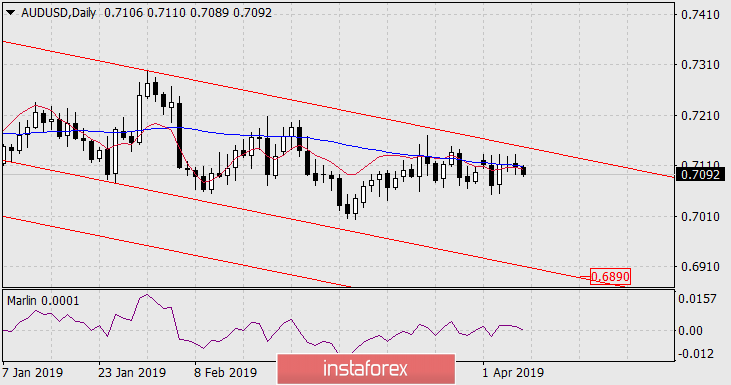 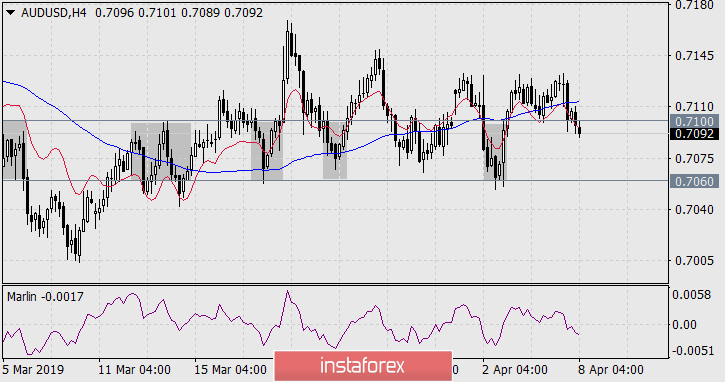 The material has been provided by InstaForex Company - www.instaforex.com
2019 Forecast for AUD/USD on April 8