On Tuesday, the euro fell by 8 points and currently lingers near the March 7 low, mastering the range of 1.1184-1.1250, accumulating strength before further decline. On the four-hour chart, the signal line of the marlin oscillator entered positive territory, which indicates a potential delay in consolidation. The previously designated signal level of 1.1234 now loses its role, it is replaced by a high of April 1 as the resistance level. Also on H4, the MACD line tends to this level, which will strengthen it. 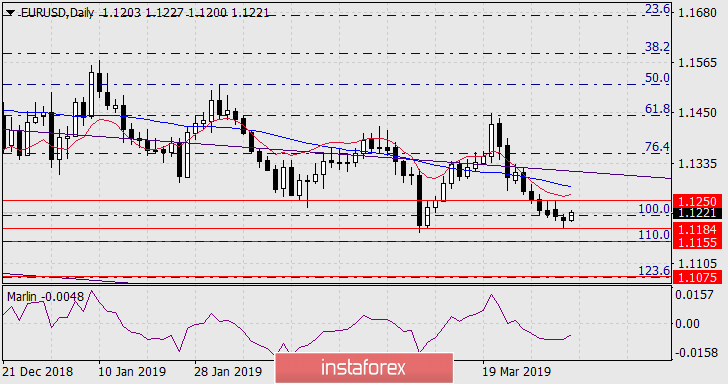 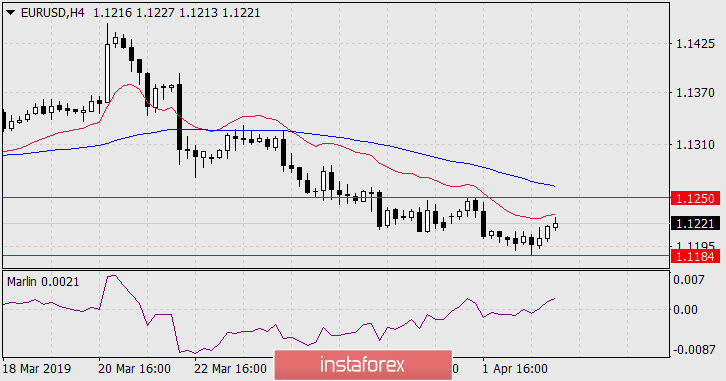 The material has been provided by InstaForex Company - www.instaforex.com
2019 Forecast for EUR/USD for April 3