On Tuesday, the single European currency tried with all its might to consolidate above the MACD line of the daily scale, but the resistance of the balance line (red indicator) and the upcoming news from the European Central Bank and the United States, along with the EU-Brexit emergency summit scheduled for that day, all these efforts counterbalanced. The day ended and today it opened below the MACD line. The daily marlin oscillator signal line moved down from the border with the growth area. 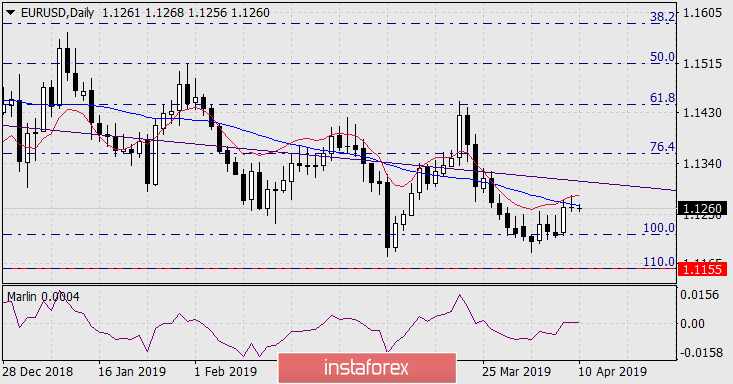 On the four-hour chart, the marlin oscillator is rapidly approaching the border with the territory of a downward trend. After the price departed the area below the MACD line on H4 (1.1233) all the conditions for a further decline will be fulfilled. The immediate goal of 1.1155 is the Fibonacci level of 110.0% of the daily chart. 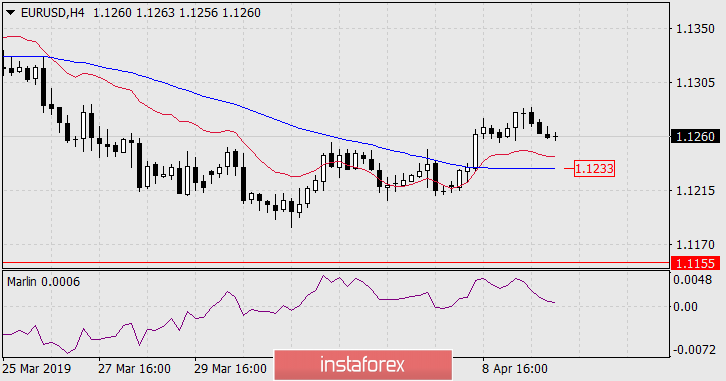 We fully expect that the EU summit will provide the UK with a delay, but this decision will not in itself be a positive, only an extension of political tension. The ECB may voice plans for the introduction of multi-level rates, but it may not. But the intention to introduce them will be an additional confirmation of serious problems in the region. At the same time, the United States intends to introduce trade duties for the EU worth $11 billion.

The material has been provided by InstaForex Company - www.instaforex.com
2019 Forecast for EUR/USD on April 10