The euro's situation has not changed for the past day, and even the previous week, since the price for this morning is in the body of Monday's candlestick last week. The difference is that now the price is above the balance line on the four-hour chart.

An additional "bullish" moment is the reversal of the signal line of the marlin oscillator from the boundary with the decline territory (the moment is marked with a red arrow). This is a sign that the euro is trying to work out the upper limit of the range of 1.1184-1.1255. The downward trend remains unchanged in the daily chart. 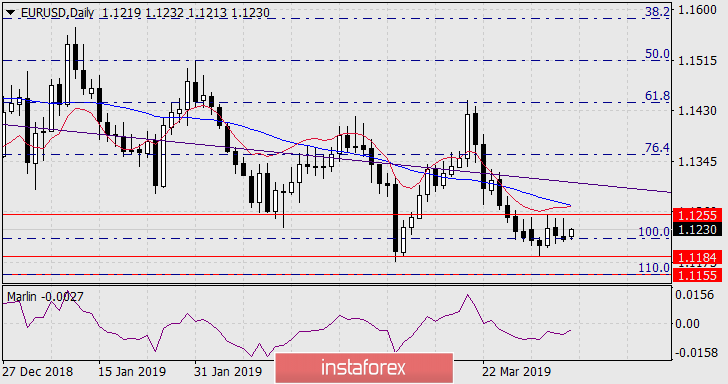 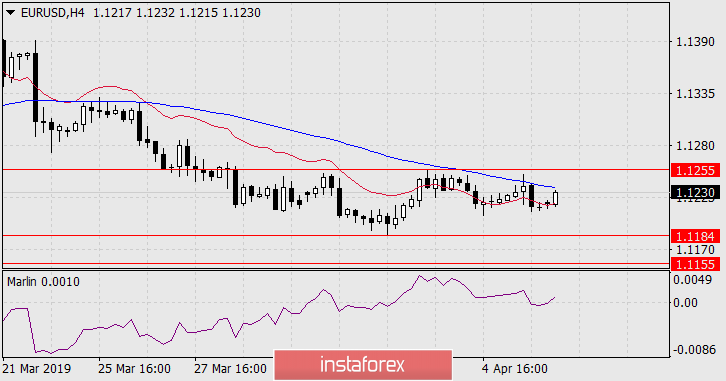 The main events of this week will be the decisions of the EU and the UK on Brexit. Today, the British Parliament ratifies its earlier decision to ban the country's withdrawal from the EU without an agreement. On Wednesday, the 10th, the EU Brexit Summit will take place, where participants will have to accept the Brexit Deferred option (May requests June 30). But for a deferral to happen, the EU requires either the adoption of an agreement, or early parliamentary elections. Last week, the British prime minister failed to agree on anything with Labor leader Corbyn. On Friday – the X day that will baffle both sides. But formally, England should withdraw from the EU without a deal.

We can only wait for developments. The technical consolidation range remains at – 1.1184-1.1255. It can be extended in any direction without changing the overall waiting situation.

The material has been provided by InstaForex Company - www.instaforex.com
2019 Forecast for EUR/USD on April 8