Yesterday, at an emergency EU Brexit summit, it was decided that the UK would be provided with time to develop new conditions for a "better deal" until October 31. At the same time, if a new agreement is not ratified before May 22, the UK will take part in the European Parliament elections. Investors, of course, expected a good offer from the EU, but the European leaders overdid it a bit. Obviously, in order to not repeat the procedure several times... The pound rose by a moderate 37 points.

Currently, the price is between the lines of MACD and the balance of the daily and four-hour charts at the same time. 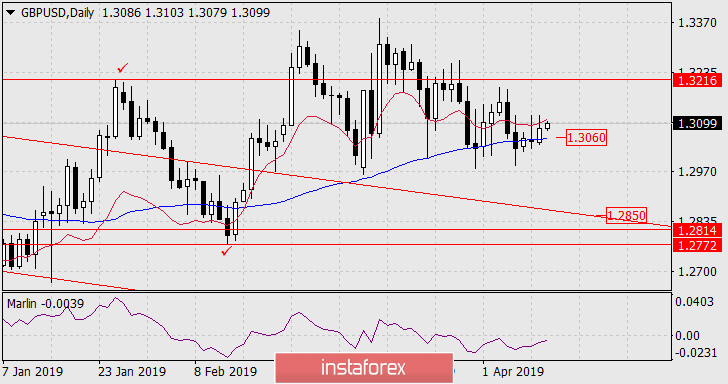 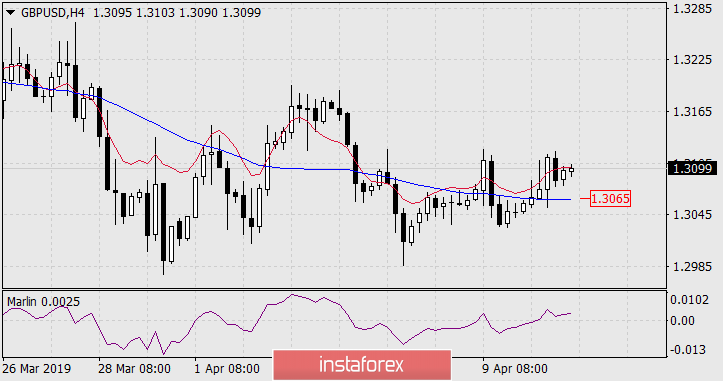 The daily scale marlin oscillator remains in the decline zone, the four-hour scale in the growth zone. There are no conditions (political and economic) from the UK in order for the price to go up; there is no dollar pressure for it to go down. Until the end of the week, there will be no important economic data, only on Tuesday, the 16th, there will be data on US industrial production (forecast 0.3% in March). But consolidating the price below the MACD line of the daily scale (1.3060), which automatically leads to a consolidation in the four-hour scale (1.3065) under the same line, will mean that investors will return to accumulating short positions in the British currency. In the future, we expect a decline to 1.2850.

The material has been provided by InstaForex Company - www.instaforex.com
2019 Forecast for GBP/USD on April 11