The pound sterling lost 40 points last Friday,under the US dollar's pressure and Theresa May's negotiations with Jeremy Corbyn. Now the price is fluctuating on the MACD line of the daily scale with a reduced marlin oscillator. The price is below the MACD line and the balance line on the four-hour chart. The marlin oscillator in the declining zone.

Today, the British Parliament ratifies its earlier decision to ban a country from leaving the EU without a deal. The event is expected, the markets might not be affected. On Wednesday, the 10th, an emergency Brexit EU summit will be held, at which participants will have to accept the Brexit deferred option (May requests June 30), but the European Union requires London to either accept the agreement or hold early Parliamentary elections in order for the deferral to look convincing.

The purely technical aspect of the market implies that the British pound will further decline to support the embedded line of the price channel of 1.2864, or, with the overcoming of support, a decline in the range of 1.2772-1.2814. But surprises from the fields of Brexit can easily break the technical situation. 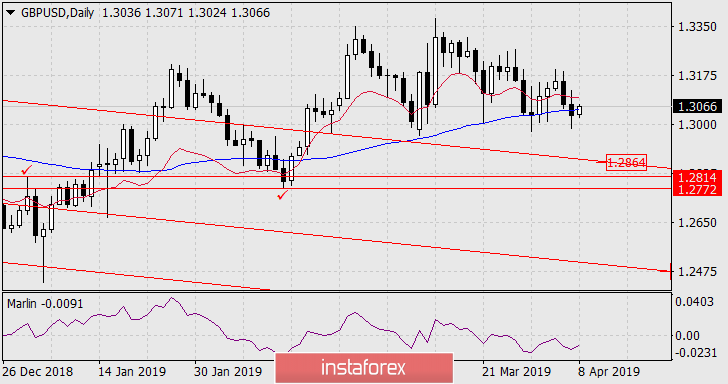 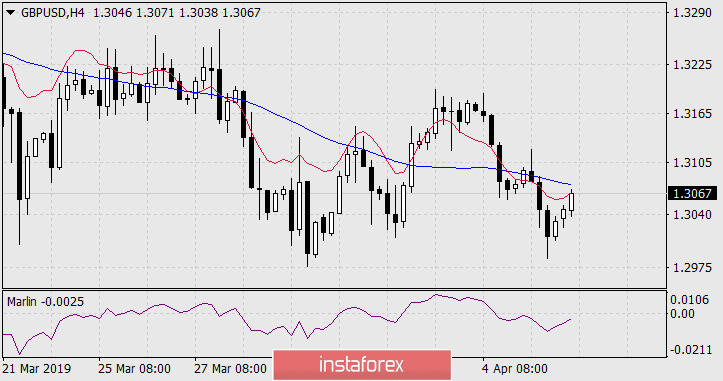 The material has been provided by InstaForex Company - www.instaforex.com
2019 Forecast for GBP/USD on April 8