In England, the negotiations of the parliamentary factions on the issues of Brexit continues. Theresa May's goal is to delay the already overdue Brexit (March 29) until the end of June.

The pound stayed on the MACD line on a daily scale. Slightly higher is the line of balance, over which you should gain a foothold in case the market wants to grow. 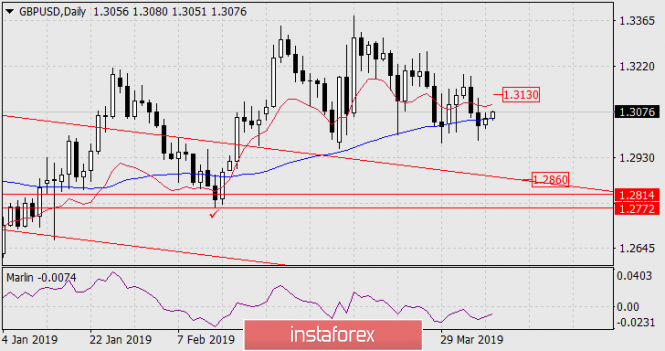 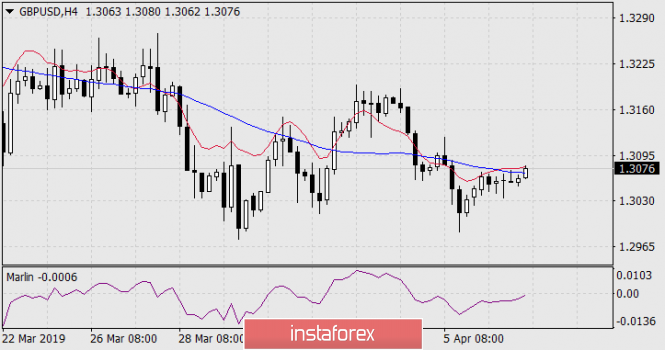 Also on the four-hour chart, the price slightly went above the MACD line but remains below the trend balance line. The signal line of the Marlin oscillator on H4 touches the border with the territory of growth. The pound may still grow by 5-20 points but then it may return under the indicator lines of both scales, that is, under the minimum of yesterday. Next, according to the main scenario, we expect the price to decline to 1.2860 – support of the downward price channel.

The material has been provided by InstaForex Company - www.instaforex.com
2019 Forecast for GBP/USD on April 9