Yesterday, the Japanese yen was trading in a small range of 20 points. This morning, data on the trade balance was released and the price rose by 20 points, but it did not find further support from investors and lost all growth. However, the data were not unambiguous - the trade balance in the March assessment was formally better than the forecast: -0.18 trillion yen against -0.30 trillion, but worse than the February figure of 0.03 trillion yen.

At the moment, the price has strong support - the balance line and MACD of both the charts in question (the price reversal came from the MACD line of the time scale, but this scale is much weaker in influence than the lower ones). Also, the signal lines of the marlin oscillator on H4 and daily are in the growth zone.

We look forward to the quotes' continued growth to the lines of the price channels of the daytime at 112.76 and 113.40. 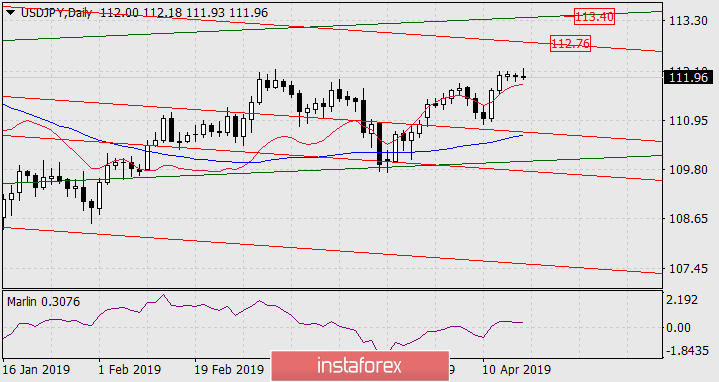 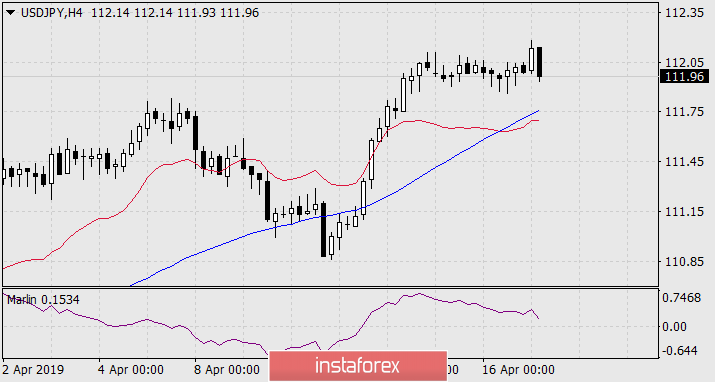 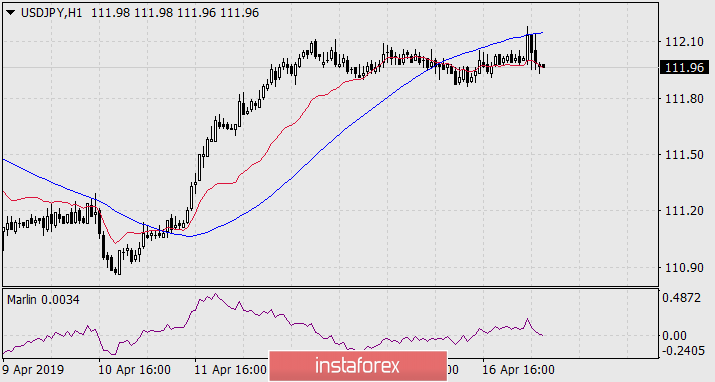 The material has been provided by InstaForex Company - www.instaforex.com
2019 Forecast for USD/JPY on April 17