GBP/USD has been trading upwards. The price tested the level of 1.3194. Anyway, we found that there can be potential trap for buyers and that the bullish movement wasn't strong enough. 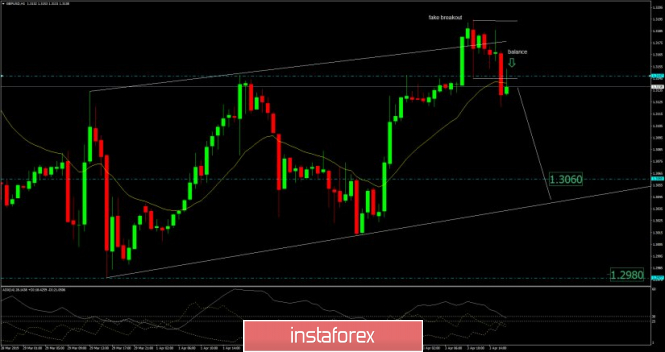 According to the H1 time-frame, we found that there is the fake breakout of the resistance at the price of 1.3147, which is sign that buyers don't have enough power to sustain the breakout. Most recently, there is the down breakout of the 5-hour balance, which is another sign of the GBP weakness. Resistance level is seen at the price of 1.3194 and the support levels are seen at 1.3060 and 1.2980.

The material has been provided by InstaForex Company - www.instaforex.com
2019 GBP/USD analysis for April 03