GBP/USD. April 10th. Results of the day. The pound sterling reacted very weakly to GDP in Britain and US inflation 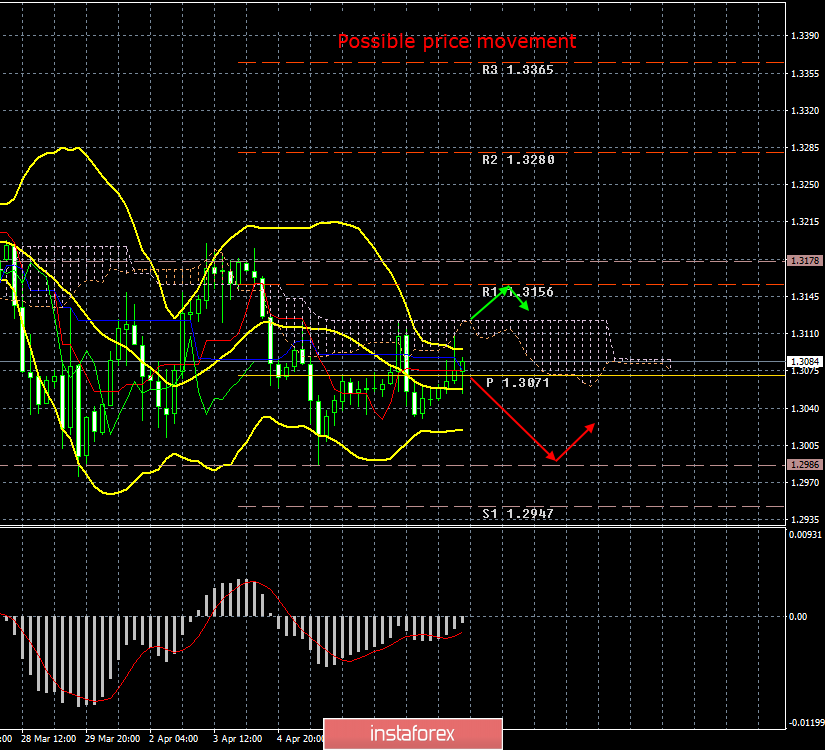 On Wednesday, April 10, the British pound sterling is trading in a narrow price range with a low upward slope. The pair did not have a significant reaction on the report on inflation in the United States, as well as on the UK GDP and industrial production. We can only talk about the minimal support of the British pound, due to the high relative GDP value of forecasts (+0.2% according to the Office of National Statistics and +0.4% according to the NIESR version) and the high growth of industrial production in March. Thus, traders seem to be much more focused on the results of the EU summit, within which a decision should be made regarding Brexit's postponement. Since there is a low probability of an option under which the UK will not be provided with a delay, everyone is interested in the time by which the UK's exit date from the EU will be moved. It cannot be said that the announcement of this verdict will have a strong impact on the pair, since, by and large, this delay does not provide anything except time. During this time, a decision must be made on what scenario London will come out of Brussels' jurisdiction and on what terms. Taking into account all previous Parliamentary votes on this issue, it can be concluded that the government itself does not know which option will be the best. There is no unity in Parliament regarding this issue. Thus, it cannot be said that a delay is a positive factor for the pound. This is just extra time. The minutes of the Fed meeting are also unlikely to greatly affect the pair's movement, unless a fundamentally new information on monetary policy is announced within its framework.

The GBP/USD currency pair is trying to resume a downward trend, but has again adjusted. The expected surge in volatility has not yet occurred, and the MACD indicator is directed upward. Thus, shorts with the target of 1.2986 can be opened if the pair rebounds from a critical line.

It is recommended to open buy orders if the bulls manage to return the pair above the critical line and the Senkou span B line, with targets of 1,3156 and 1,3178.

The material has been provided by InstaForex Company - www.instaforex.com
GBP/USD. April 10th. Results of the day. The pound sterling reacted very weakly to GDP in Britain and US inflation