GBP/USD. April 1st. Results of the day. London is losing huge sums every day due to its desire to leave the EU 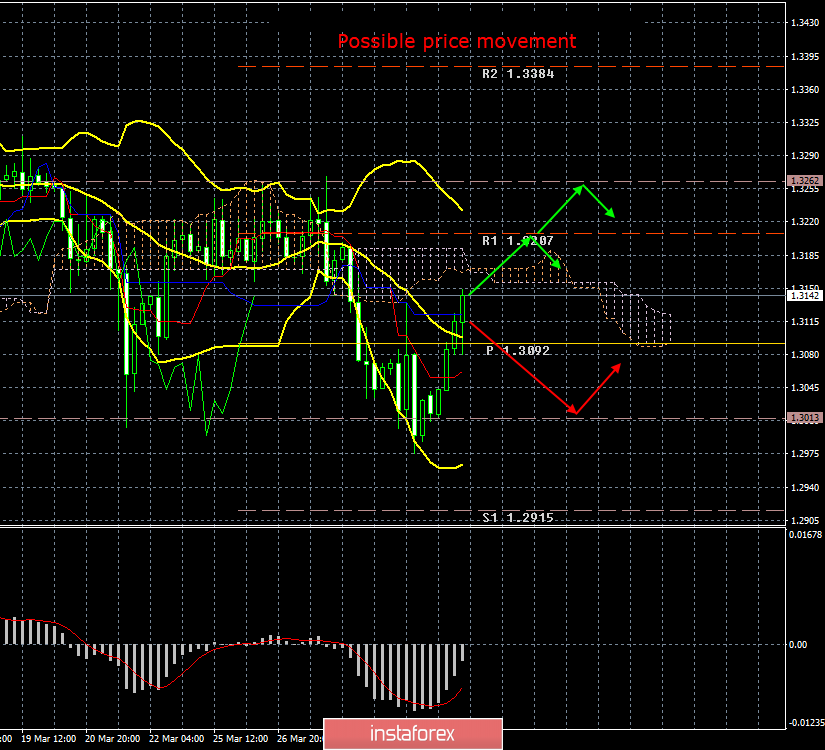 On Monday, April 1, the British pound is recovering and has already completed the critical line. The index of business activity in the manufacturing sector Markit UK was at 55.1, which was significantly higher than the forecast value, which, perhaps, supported the British pound. The rest of the news from Britain still has a "black" color. Today it became known how much Brexit has cost the UK every day. According to calculations of one of the largest investment banks, the country is about to lose 600 million pounds on the day. This figure may significantly increase in case of a disordered Brexit due to an even greater depreciation of the pound sterling. Meanwhile, Britain's Ministry of Finance Head Elizabeth Truss said that the country is ready to leave the EU without a "deal". The minister also believes that it will be much worse if Brexit does not take place in the end. Well, it was known a few months ago that both sides were preparing for a "divorce" without an agreement. However, both sides still want to avoid the "hard" scenario, and the UK should want this more. On the technical side, a price rebound from the critical line may trigger a resumption of the downward movement. At the same time, complete uncertainty in the Brexit process can cause absolutely any and, most importantly, unpredictable market reaction. Therefore, a hike upwards also needs to be prepared.

The GBP/USD currency pair has started to adjust, and this correction looks illogical. Short positions are still relevant, but to open them with the target of 1.3013, you should wait for the MACD indicator to turn down or rebound from the Kijun-Sen line.

Buy orders are recommended to open in small lots, if the bulls manage to overcome the critical line with targets at 1.3207 and 1.3262. However, we still would not recommend that you count on a strong upward movement.

The material has been provided by InstaForex Company - www.instaforex.com
GBP/USD. April 1st. Results of the day. London is losing huge sums every day due to its desire to leave the EU