GBP/USD. April 23rd. Results of the day. Brussels: there will be no revision of the Brexit agreement 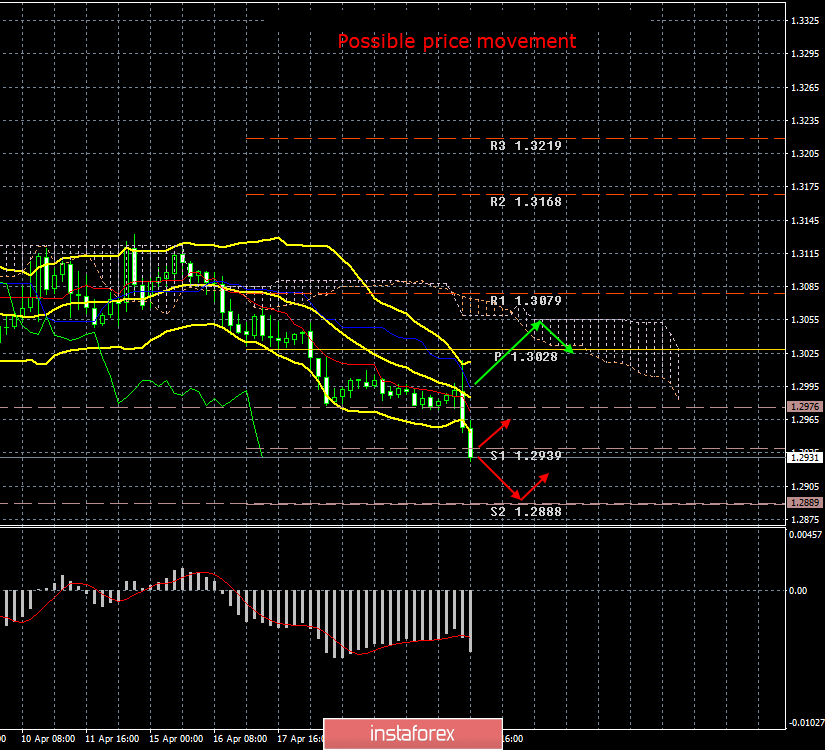 On Tuesday, April 23, the British pound sterling fell by 60 points against the background of the overall strengthening of the US currency. Also, there was bad news for the pound sterling today. Bad, but expected. The European Commission today made a statement saying that the current version of the Brexit agreement is the best possible one. Therefore, there will be no revisions. Thus, the United Kingdom and Theresa May remain, in principle, in the same position as a few months ago. The government only needs to accept the option of an agreement by Theresa May, follow the path of a "hard" Brexit, or abandon it altogether with the use of a repeated referendum or without it. Now the UK has half a year to still take a majority of one of these options. For the pound sterling, this news, as well as the possible resignation of Theresa May, is a negative background. In principle, there can be no other background, given the entire political confusion in 2019. Thus, we still believe that the British pound has only one road – down. By the way, unlike the euro currency, the pound sterling has overcome an important support level of 1.3000 today, significantly increasing its chances for a further downward trend. Thus, the technique fully supports the continuation of the downward movement. No news from the UK or the USA is expected tomorrow, however, volatility may remain at today's level, amid the overcoming of the psychological level of 1.3000.

The GBP/USD currency pair resumed its downward movement. Thus, short positions with targets at levels 1.2939 and 1.2889 are relevant at the moment. A reversal of the MACD indicator to the top will indicate a new round of correction.

It is recommended to consider long positions not earlier than overcoming the Kijun-sen line with the goal of the Senkou Span B line. However, the bulls will obviously need serious fundamental support, which is not yet available.

The material has been provided by InstaForex Company - www.instaforex.com
GBP/USD. April 23rd. Results of the day. Brussels: there will be no revision of the Brexit agreement