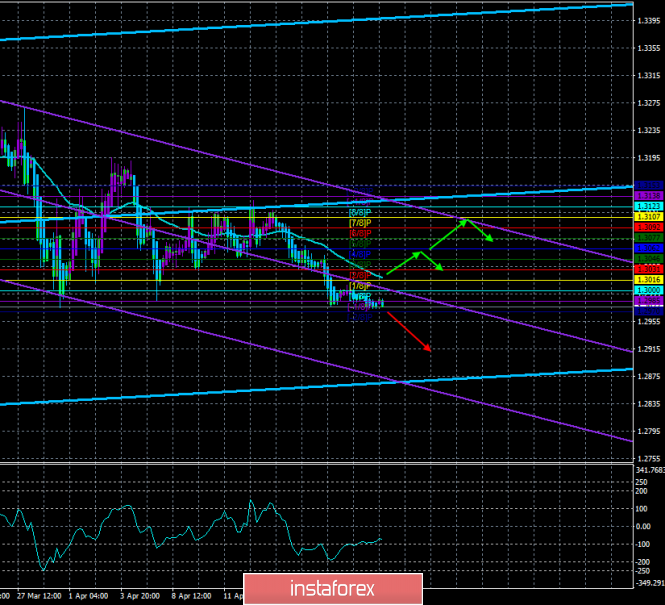 Volatility on the GBP/USD currency pair remains minimal. In part, this is due to the same lack of important macroeconomic information from the UK and the States. However, most of the news traders are waiting for it from the UK. When it became known that Brexit was transferred, the markets frankly calmed down and the UK government, which previously gave interviews almost every day. Now there is no hurry, so there is almost no news from the Parliament and Theresa May. The only thing that can be noted is the third vote of no confidence that could threaten Theresa May, which can be issued by her party members. However, firstly, under current legislation, it is impossible to issue a vote twice within one year. The members of the Conservative Party have already explained that with certain changes in the rules for which they are ready to go, this option is possible. But what's next? Next will be another parliamentary vote, and it may well turn out to be about the same situation as with Brexit. That is, Theresa May's resignation will be blocked by a majority vote for a third time. It's not necessary to say that such votes cause a smile more often than a serious attitude towards them. The political turmoil in the United Kingdom continues to cause confusion among many world leaders, and especially EU leaders. Thus, we still believe that Theresa May will remain at the helm.

The pair GBP/USD continues a weak downward movement, which is still limited by the level of 1.3000, despite the fact that it has already been formally overcome. Low volatility persists.

Buy orders will formally become relevant after fixing the pair above the moving average line with the goal of 1.3123 – the upper limit of the side channel.