GBP/USD. The pound ignores rumors and waits for the outcome of the EU summit

The pound is tired of responding to current events: despite the abundance of news drivers, the pair GBP/USD closed at the opening level yesterday, thus demonstrating indifference to what is happening. This behavior of the price suggests that traders are waiting for the main event of this week – an extraordinary EU summit, which will begin its work today. Only after the meeting of the leaders of the European Union, the pound will draw its conclusions and determine the direction of further movement – while all previous rumors are simply ignored by the market. 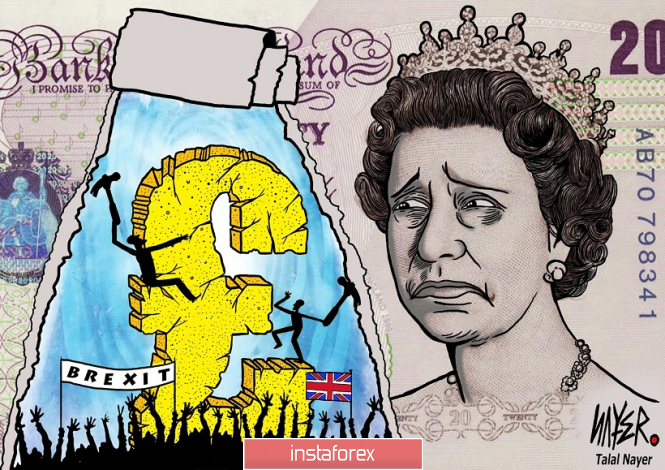 It is noteworthy that this "stress resistance" appeared in the British currency relatively recently. At the end of last year, the pound showed strong volatility a few days before the key stages of Brexit, reacting to newspaper headlines, comments from politicians and unconfirmed rumors. Now, the situation has changed: despite the contradictory fundamental background, the pair GBP/USD is held within the 30th figure, waiting for the results of today.

Yesterday, the House of Commons supported the government draft law on the extension of Brexit until June 30. Perhaps, for the first time in a long time, the British Parliament demonstrated such solidarity with the Prime Minister – 420 deputies voted "for", while 110 voted against. But this result did not please traders: firstly, it was quite predictable, and secondly, Brussels is unlikely to show such solidarity with May. Let me remind you that the head of the European Council, Donald Tusk, is lobbying for the idea of providing a so-called "flexible" delay, in which Brussels gives London a year to approve a deal with an additional opportunity to announce its withdrawal earlier than the deadline. Britain will be forced to participate in the elections to the European Parliament, which will be held on May 23, but after completing the "divorce process", the European deputies will have to resign from the UK.

This is the basic scenario from which Europeans will make a start at today's summit. Angela Merkel and many other EU leaders supported the "flexible" reprieve. France took a stand-alone position (however, as at the previous summit): Emmanuel Macron demands to limit the "flexible" term to December of this year. In addition, the French want to "test" the British at the end of each quarter in order to see whether they have advanced in the matter of coordinating the transaction or not. If the result is negative, it is proposed to shorten the extension period, thereby "penalizing" London. It is difficult to say whether Macron's colleagues will support the position of Paris – but the fact of this idea suggests that the French will not silently agree with the proposal of Brussels to provide Britain with a year's delay. This fact alarms traders, despite the general confidence that the Brexit date will be rescheduled.

It is worth recalling again that May plans to postpone the "X hour" just before June 30, and not for a year – and this "inconsistency of intentions" also worries the market. After all, Brussels is unlikely to change its position: first, the Europeans simply do not believe that the British deputies will be able to approve the deal over the next three months. Secondly, Theresa May could not even find a preliminary compromise with Labour Party, although negotiations have been going on for the second week already. 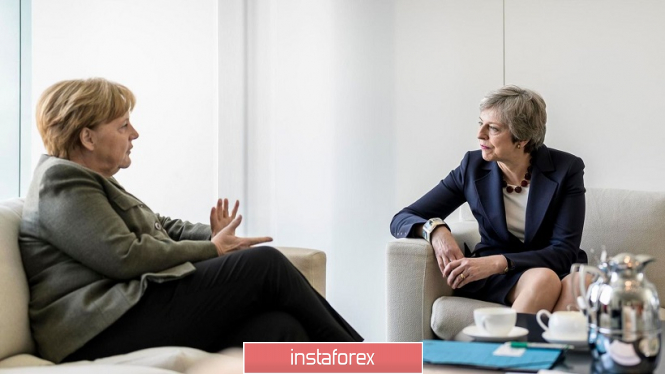 In my opinion, the British Prime Minister could get a "short delay" if the conservatives and Laborites came to at least a framework agreement. And judging by the dynamics of the negotiations, the dialogue will drag on again for many months – and Brussels understands this perfectly well. Just yesterday, Labour representative McDonnell said that the government does not change its position regarding the prospects of the Customs Union and the single market (these are basic questions for the Labour Party). In other words, Theresa May, on the one hand, declares her intention to come to an agreement, but on the other hand, she takes a too tough position on key issues.

Thus, the results of the extraordinary summit of the EU is not a foregone conclusion. With a high degree of probability, we can say that London will still receive a delay, but the negotiations on this issue will be quite difficult. This suggests that the pound will respond with impressive growth to the positive results of the meeting, given the previous intrigue. If today's events do not unfold according to the expected scenario, the GBP/USD pair will decrease at least to the first support level of 1.2975 (the lower line of the Bollinger Bands indicator on the daily chart) and below – to 1.2890 (the lower limit of the Kumo cloud on the same timeframe). The resistance level stands at 1.3135 (the middle line of the Bollinger Bands), and further – 1.3300 (the upper line of this indicator). Given the fact that the pound did not actually respond to previous rumors, it can be assumed that the reaction to the results of the summit will be characterized by increased volatility.

The material has been provided by InstaForex Company - www.instaforex.com
GBP/USD. The pound ignores rumors and waits for the outcome of the EU summit