Brexit again moved into the sluggish stage of internal political negotiations. The events of last week have been left behind, and now this topic is moving, so to speak, to the "background". This suggests that traders of the GBP/USD will now switch to macroeconomic reports, while news on Brexit will complement the general fundamental picture.

Over the past two weeks, the pound/dollar pair has repeatedly tested the 31st figure, but buyers could not gain a foothold in this price area. Today, the bulls launched another assault (currently successful), rising to the level of 1.3115. However, today's dynamics are a result of the dollar's weakness than the strengthening of the pound. Against the background of an almost empty economic calendar, traders are trading under the impression of Friday's releases: news from China has increased the risk-taking and eased concerns about the slowdown in the global economy. I recall that Chinese exports in dollar terms rose by 14% in March after a significant decrease of 20% the previous month. In addition, the volume of bank lending has also increased significantly: last month this figure doubled compared with the previous period, reaching almost 1.7 trillion yuan, or more than $250 billion. 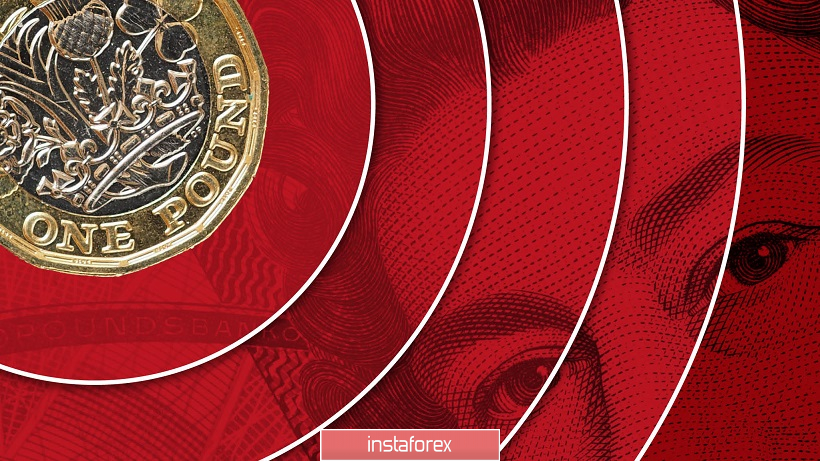 In addition, the financial world responds positively to the desire of parties to resolve global trade conflicts. We are not talking only about the negotiations between Beijing and Washington. Just today, the ministers of the European Union countries approved the decision to start negotiations with the United States on trade issues: in particular, the parties will discuss issues of reducing reciprocal tariffs on industrial goods. This question has long been hanging in the air because of the position of the French, who did not want to start a dialogue with the Americans in connection with Washington's decision to withdraw from the Paris Climate Agreement. By and large, the world was on the verge of a new trade war - the United States increasingly expressed dissatisfaction about delaying the beginning of negotiations, and the US president announced that if the talks failed, the US would impose duties on European cars. Now the situation has shifted from a dead end, and this fact complemented the optimistic picture of today.

All of the above factors contributed to the GBP/USD pair's growth for today – but only due to the devaluation of the US currency. But in the coming days, the pound can independently assert itself – if only the key macroeconomic reports come out in the "green zone". This week is full of important events. Thus, tomorrow (Tuesday), there will be published data on the UK labor market, on Wednesday we learn the dynamics of inflation in Britain, and on Thursday – the volume of retail sales. In addition, on the penultimate trading day, we will listen to Bank of England Governor Mark Carney, who will speak at the economic conference in Paris.

In general, experts are waiting for the recovery of key macroeconomic indicators in Britain. In particular, the unemployment rate should remain at a record low, 3.9%, and the increase in the number of applications for unemployment benefits will show a more modest trend compared to the previous month. Most importantly – further growth of wages is expected. If the January figure fell to 3.4%, thus interrupting the semi-annual growth of the indicator, in February the index should return to 3.5%. Perhaps, among all the components, this is the most important indicator that will have a significant impact on the dynamics of the GBP/USD pair.

But the consumer price index should demonstrate a contradictory trend: on a monthly basis, it should slow down to 0.2% (after rising to 0.5%), and in annual terms, it could grow to a two percent mark. Core inflation should also rise, to 1.9% (1.8% in February). If the above forecasts are justified, then the pound will receive support due to the growth of annual and core inflation against the background of rising wages. The retail price index should complement the optimistic picture, rising to 2.6% (on an annualized basis). 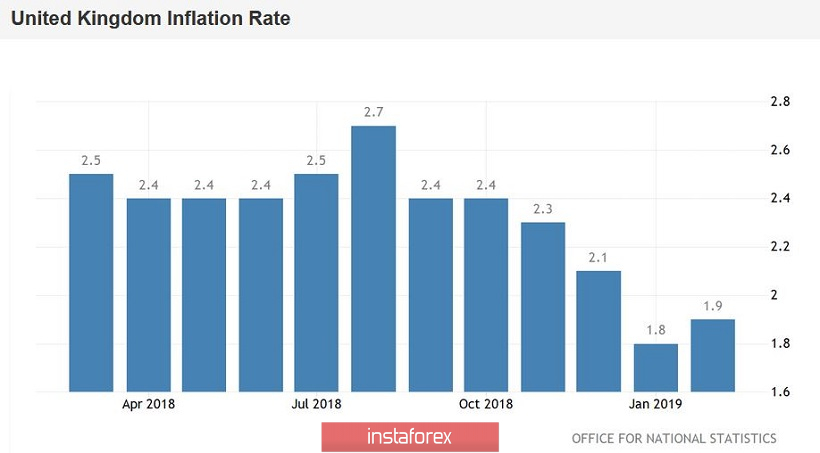 In the end, on Thursday, data on the growth of retail sales in Britain will be released. If this figure comes out at the level of preliminary forecasts, it will update almost two-year highs: in annual terms, it should jump to 4.6%. On a monthly basis, the indicator may slow down a bit, but in this case it will not be as important.

Thus, the pound is waiting for the most important economic reports. Traders took a deep breath after the negotiating epic in Brussels, and now British macroeconomic data is coming to the fore. If the real numbers coincide with the announced forecasts, the pound will receive support throughout the market, and the GBP/USD pair will not be an exception. This will make it possible for the pair to test the next resistance level of 1.3170 (Kijun-sen line on the daily chart). Otherwise, the price will roll back to the support level of 1.2980 - this is the bottom line (Bollinger Bands on the same timeframe).

The material has been provided by InstaForex Company - www.instaforex.com
GBP/USD: Three important days for the pound