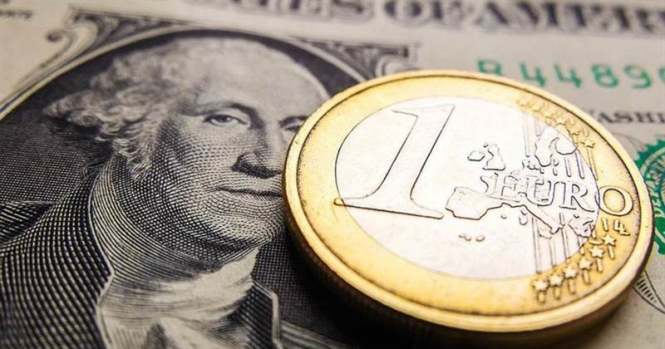 In the middle of the week, the EUR/USD pair sharply collapsed following the next ECB meeting. As expected, the regulator preferred to maintain the status quo and promised to disclose the details of the new TLTRO program at one of the following meetings. In addition, the Central Bank noted that the risks for growth prospects in the eurozone are still shifted downwards, and the onset of a recession in the regional economy is still unlikely. However, only one mention of this word made the market nervous, as a result of which EUR/USD fell. However, the pullback was short-lived, and soon the pair recovered.

The FOMC "minutes" published this week, in turn, confirmed that the Fed, as promised in February, will adhere to a patient approach to the issue of changing monetary policy.

According to experts, in the "sleepy kingdom" rates of major currencies will be until the market changes its expectations about what steps the leading central banks intend to take in the future.

"The fall of the euro after the ECB meeting on Wednesday led the pair to approach critical levels. The fact that the regulator is going to analyze whether there is a need for monetary policy easing was regarded by the market as the Central Bank's readiness to resort to such measures in the future, rather than attempts to normalize," said Esther Reichelt, currency strategist at Commerzbank.

"If the ECB does implement a significant easing, then there's no hope of raising interest rates in 2020. This will put pressure on the euro. If EUR/USD decisively breaks down the level of 1.12, this can change the rules of the game," she added.

In addition, the surge in volatility of quotations can lead to the completion of the US trade conflict with China, as well as the transfer of "fighting" from Asia to Europe.

"The market now does not include in the prices a scenario for the de-escalation of the trade war between Washington and Beijing, which implies the abolition of duties. A trade agreement that turns out to be better than what is now expected will contribute to the improvement of the global economy. In this case, the dollar may weaken against the euro," said Ben Randal from Bank of America.

The expert predicts that by the end of the year, EUR/USD will rise to the level of 1.20.

"Although the trade deal between the United States and China is a prerequisite for the euro rally, this may not be enough for investors to enter the "longs" for a single currency, given the continuing risk of aggravation of trade relations between America and the Old World," B. Randall noted.

However, right now the United States is unlikely to impose duties on European goods, because they have not yet solved this issue with China, and it is expensive and difficult to "fight" on two fronts. Therefore, while the claims are solely in the theoretical plane, and for EUR/USD, this information is neutral.

The material has been provided by InstaForex Company - www.instaforex.com
EUR/USD will rise It doesn't matter whether the trade war breaks out with a new force or the trade war ends