Leaving not going away

"Foggy Albion" is therefore foggy, as it can perfectly cast a shadow on the fence, achieving its own - if by hook or by crook.

The British parliament approved the Brexit transfer after a rather difficult debate, and it seems that the United Kingdom will have a chance to postpone its hypothetical exit from the EU for another year, and if the mountain does not go to Mohammed, then Mohammed will come to the mountain.

It can be said with great confidence that Prime Minister T. May fulfilled her function, which was to discredit the very idea of Brexit and ultimately achieve the preservation of the country's membership in the European Union. The Prime Minister personally did, as it may seem strange, everything for this, although she verbally stated that she was a supporter of Brexit. She shook the negotiation process with Brussels, bringing it to the point of absurdity, while intimidating the British and continental Europe with consequences, which, most likely, in the future could be the basis for a new referendum, which will win the supporters of the preservation of the United Kingdom in the EU.

In fact, we can say that May did everything in order not to fulfill the will of the British people following the referendum on the country's withdrawal from the EU, which, we recall, took place in 2016.

Now, we will consider the probable consequences of the British on the local economy and the currency worthy of the pen of William Shakespeare.

In our opinion, the EU may decide to extend the Brexit theme for another year, but will this help the British economy?

It seems to us that the local business has received a serious blow, and the hang of this problem for another year without any definite certainty will only destroy the country's economy. In this case, the Bank of England will be faced with the need to support it with all available means, which will primarily cause a lack of desire to raise interest rates, which previously could really happen, but did not happen precisely because of Brexit. In this case, the British pound will not receive support. In the future, the likely reduction of interest rates in the US may even force the local regulator to also go to their reduction in order to somehow make British exports competitive in the world market.0 At best, the sterling will continue to move further in the range relative to the American currency, remaining under the pressure of the Brexit uncertainty factor.

The AUDUSD pair is trading with an increase in the wave of two factors, on the one hand, new expectations for the future reduction of the Fed interest rates, and on the other, the conclusion of a trade agreement between the US and China on trade. The pair will continue to move to our target levels of 0.7145, and then after overcoming this mark to 0.7165.

The USDCAD pair may continue to fall on the expected weakness of the dollar and the growth of oil prices. We consider it possible to sell the pair after it overcomes the level of 1.3300 with the target of 1.3250. 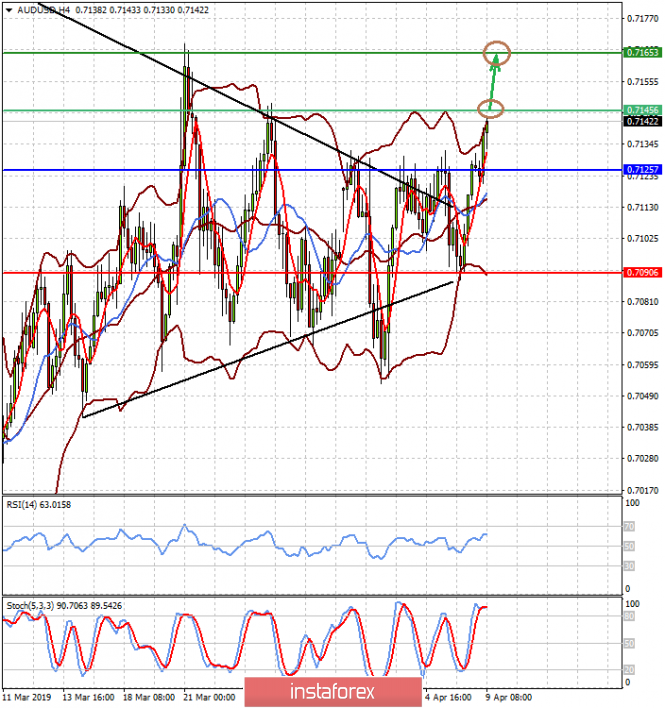 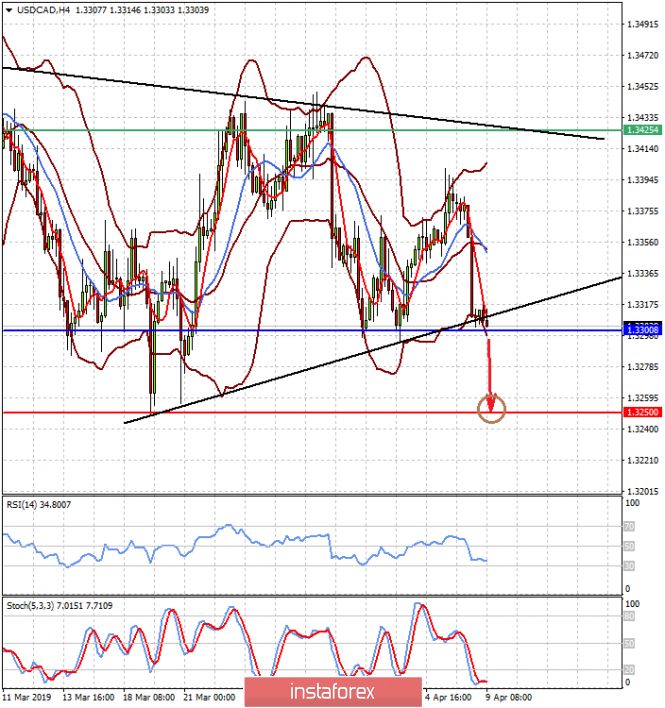 The material has been provided by InstaForex Company - www.instaforex.com
Leaving not going away