Pound at a dead end: Labour and Conservatives cannot find a compromise

The UK labor market data provided slight support to the pound. Despite a significant increase in applications for unemployment benefits (28 thousand instead of the projected 17), the pair rose to the boundaries of the 31st figure. Traders drew attention to the positive aspects of the release: first, the unemployment rate remained at a record low level of 3.9%, and secondly, the level of wages rose to 3.5% in annual terms. All this made it possible for the pair to demonstrate a slight increase, however, the upward offensive petered out before it even started.

Brexit reiterated itself: sluggish negotiations between Conservatives and Labourists have now become public, exposing existing problems. Let me remind you that on the eve of the last EU summit, at which Britain received another delay for Brexit, Theresa May called on Labour to sit at the negotiating table and work out a common position regarding the prospects of the "divorce process". The opposition agreed, after which the parties repeatedly held meetings behind closed doors. The information vacuum generated various rumors, but no one really knew in which direction the pendulum would swing further relations: either the politicians would take a step to approve the deal, or they would again disperse to the corners of the ring without any result. 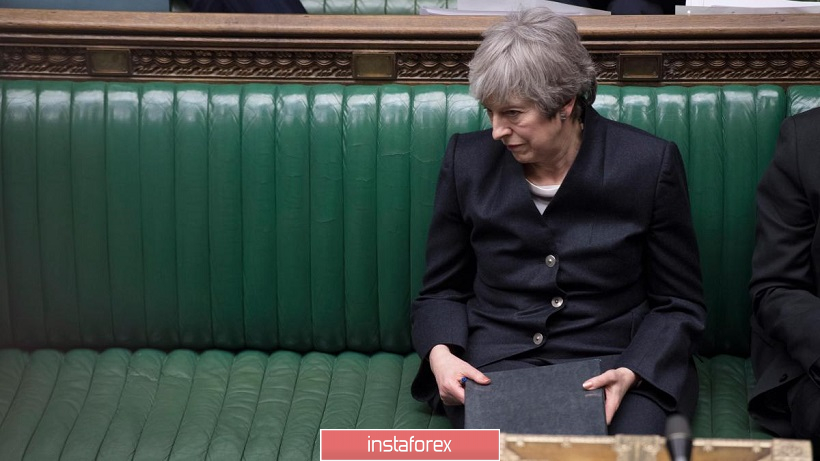 In my opinion, these negotiations are initially doomed to fail, because Theresa May should take into account not only the requirements of Brussels, but also the position of her party members, who for the most part reject any compromise solutions. Nevertheless, for almost two weeks, the parties remained silent, which is why traders had certain hopes for the completion of the negotiating epic. Today, these hopes have collapsed: if you believe the British press, the Labour Party and the Conservatives have not moved a jot in negotiations, or, to put it simply, they are deadlocked.

This information was published in a fairly influential British publication, so the pound dramatically changed the course of its movement. Although the official representative of the Labour Party almost immediately denied the rumors, the market did not change its opinion: the GBP/USD pair is still under pressure from sellers. Actually, it is difficult to call it a "refutation": Laborites only reported that the negotiation process is still ongoing, and it is premature to talk about any conclusions. Point.

Such an answer, a priori, could not satisfy market participants, since Labour did not disclose the main point: is there any progress in the negotiations or is the dialogue just a formality? Taking into account all previous attempts of the parties to find a compromise, it can be concluded that there is no progress, and therefore the chances of an approval of the transaction before May 22 are minimal. Let me remind you that Theresa May has designated an "internal deadline" until the end of May (despite the fact that Brussels postponed Brexit until October) in order not to take part in the elections to the European Parliament. The prime minister's motives lie on the surface: firstly, the very fact of participation in these elections looks, to put it mildly, ridiculous: Britain, on the one hand, declares its intention "to leave" the EU, on the other hand, takes part in the formation of the legislative body of the European Union. Secondly, the European elections are quite a costly event. In other words, the British will have to pay from their own pockets for politically useless elections - only because the government of Theresa May (and the Conservatives associated with it) cannot put an end to the negotiation process.

It is not surprising that the rating of the Conservative Party has been steadily declining recently. Recent polls do not bode well to the Conservatives: if the elections were held today, the Tories would have suffered a crushing defeat, ceding power to the Labour Party, and Jeremy Corbyn would most likely have taken the prime minister's position. According to experts, the Labour Party would receive 296 seats, enter into a coalition alliance with the Scottish National Party and formed an appropriate government. Conservatives, in turn, can only claim 250 seats in Parliament at the moment. 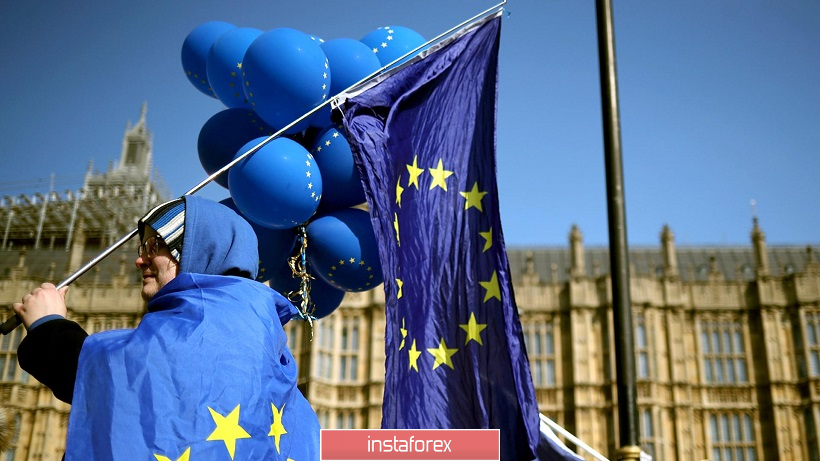 Thus, Laborites have no political motivation to play "giveaway" with the Conservatives: their goal is early elections. Therefore, the current negotiation process is unlikely to end with a happy ending, despite the external desire of the parties to seek a compromise. Today's events have once again confirmed this assumption, putting significant pressure on the British currency.

In summary, it should be noted that Brexit again overshadowed macroeconomic reports. If, in the near future, rumors that the negotiation process has stumbled reappear on the market, the pound will continue to lose ground, despite the other fundamental factors. The support level is the bottom line of the Bollinger Bands indicator on the daily chart - this is 1.2980. To pass below this target, GBP/USD bears need a powerful information channel, so you need to be careful with short positions. The resistance level is the price of 1.3170 (Kijun-sen line), but it's not yet possible to reach this level - even if the March inflation data in Britain are better than expected.

The material has been provided by InstaForex Company - www.instaforex.com
Pound at a dead end: Labour and Conservatives cannot find a compromise