The pound today reacts poorly to the news background regarding the prospects Brexit. Despite a series of encouraging news, the British currency paired with the dollar is leaning towards the base of the 30th figure, with a clear intention to test the mark of 1.29. Such illogical movement of the British, in my opinion, is due to the fixation of profits on the eve of the weekend, which promise to be saturated and certainly not boring.

In general, the situation remains unstable, so many traders do not risk leaving open positions until Monday – this is understandable and justified. At the same time, the southern dynamics of the pair does not reflect the overall fundamental picture of the pound, because judging by the rhetoric of the leaders of London and Brussels, the parties are ready to postpone the Brexit date – the only question is the deadline. In other words, the main risk of Brexit, in general, is leveled, and this fact should provide support to the pound. Therefore, today's bearish sentiments should be treated with great caution, as buyers can take the initiative at any time. 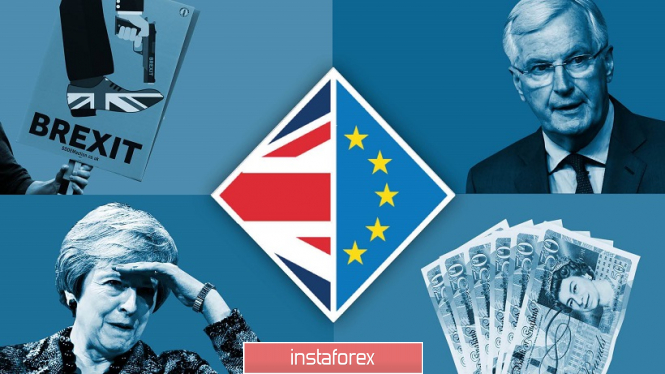 Among the variety of comments and voiced scenarios, you can isolate just one. We are talking about an unexpected proposal by the head of the European Council Donald Tusk to grant a so-called "flexible" delay: Brussels gives London a year to approve a deal with the additional opportunity to announce its withdrawal earlier than the designated deadline. According to Tusk, this is his almost personal initiative, so the final decision on this issue should be taken by EU leaders at an extraordinary summit to be held on April 12. Despite such an important clarification, it should be understood that the head of the European Council would not have risked voicing such an initiative without prior coordination with key European players. And even more so – Donald Tusk, who takes the strictest position in relation to London compared to other representatives of the EU leadership. There is only one phrase that the people calling for hard Brexit, "prepared a separate place in hell." After that, a scandal broke out, but the head of the European Council did not change his position on this issue.

In other words, the option of "flexible delay", by all appearances, is now the working scenario of Brussels. And although this plan at first glance looks logical, it has several flaws, and therefore some European politicians criticized it. The fact is that if Brussels and London accept the offer of Tusk, then Britain will be forced to participate in elections to the European Parliament (which will be held on May 23). At the same time, the "flexible plan" allows MEPs from the UK to resign as soon as the country leaves the Alliance. The vacant seats will be taken by deputies from other EU countries. And at this stage, there are too many questions, as such an approach may eventually distort the configuration of political alliances in the European Parliament. In addition, the participation of the British representatives in the European legislature looks at least ridiculous, since the country has "one foot" already withdrawn from the Alliance. 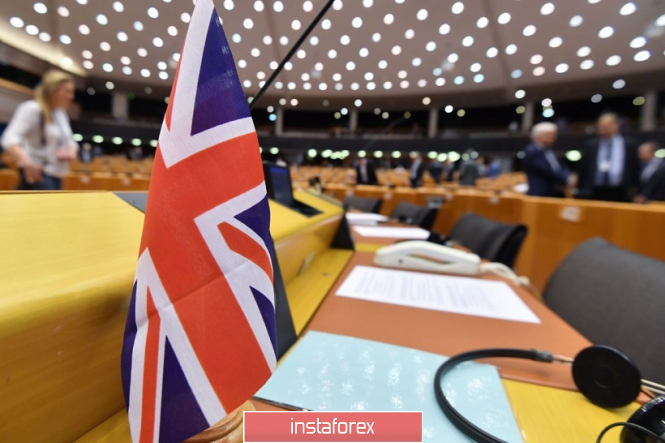 Nevertheless, despite all the contradictions, the participation of Britain in these elections is legally inevitable. Moreover, according to preliminary data, Theresa May has already given her consent to the electoral process, although she clarified that this situation is "not in the interests of the parties." The fact is that the British Prime Minister is trying to "negotiate" a short-term extension of the negotiation period – until June 30. But this date is unlikely to suit Europe – on the one hand, the elections to the European Parliament, which will take place just a week before the deadline, and on the other hand – the absolute uncertainty that the deputies of the House of Commons will approve the deal before the end of the allotted period.

Apparently, Theresa May understands and accepts these arguments. It is likely that she will agree with the proposal of Tusk, but she will try to add her own condition – let's say if the House of Commons does vote for the approval of the deal until May 22, the UK will not participate in the elections to the European Parliament, and the Alliance will "release" London for all four parties. Whether Brussels will go to May's meeting in this request is an open question.

Thus, despite the general mood of the parties not to bring the situation to a tough Brexit, the situation is not entirely unambiguous. By and large, it all depends on the outcome of the negotiations between Theresa May and the Labor Party, which take place today and will continue on the weekend. If they can find a compromise solution (this is unlikely, but still), then the events will unfold in a rapid manner. Otherwise, May will have to agree to the elections to the European Parliament and over the next months, to look for a common denominator between the Labor Party and the Conservatives.

The material has been provided by InstaForex Company - www.instaforex.com
Pound ignores good news