On the chart of the pair, the last incomplete wave is descending, dated March 20. In a larger model, it forms a correction. In the structure, an intermediate rollback is nearing completion.

In the next trading session, it is expected to complete the rise and the formation of signals reversal. The lower limit of daily volatility is the support zone.

When trading within the day, the current purchases of the pair are more reasonable to complete upon reaching the calculated reversal zone. Attention should be paid to the sell signals of the instrument. 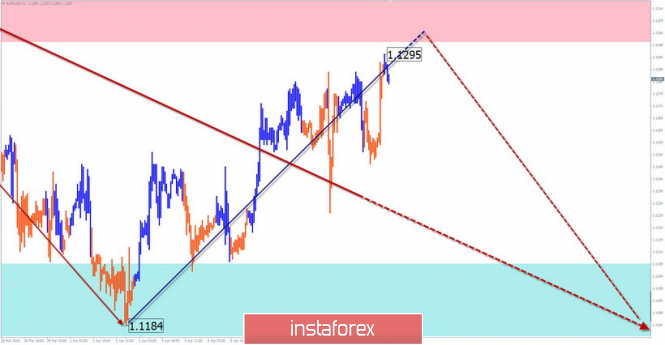 The rising wave of March 25 in a larger structure of scale H4 forms the final part (C). The wave continues its formation. After the correctional phase that ended 2 days ago, the price rise was expected to follow.

A preliminary calculation of the target zone of the current price increase gives the final reference in the area of the 114th figure. In the coming sessions, a short-term pullback is not excluded, not further than the lower level of the support zone.

At the next session, sales of the pair are not relevant. Counter kickbacks are recommended to use for entry or gain of instrument purchases. 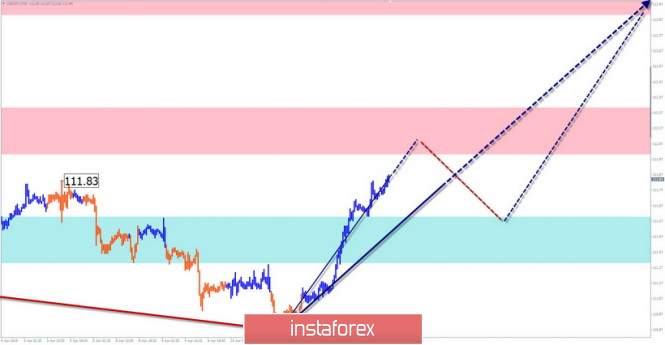 The direction of short-term fluctuations in the gold rate is given by the upward wave of March 3, which is formed in the form of a standard plane. The first 2 parts (A + B) are completed, the final part (C) has been developing since April 4.

The intermediate price reduction close to completion. At the next sessions, a reversal and a change in the course of movement is expected. The target area is the resistance zone.

Sale of gold is possible on the smallest TF reduced lot. In the area of calculated support, it is recommended to track the reversal signals in order to find the entry point to long positions. 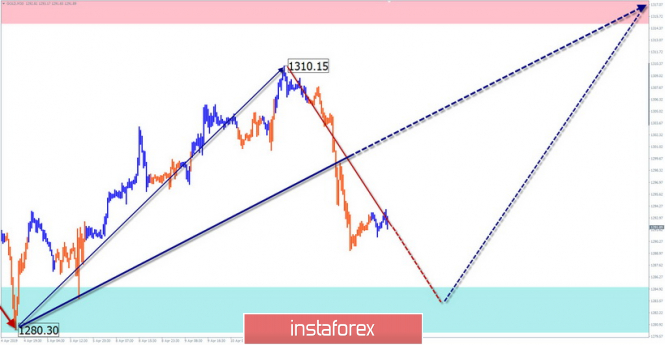 The material has been provided by InstaForex Company - www.instaforex.com
GOLD) Simplified wave analysis and forecast for April 12 (EUR/USD USD/JPY