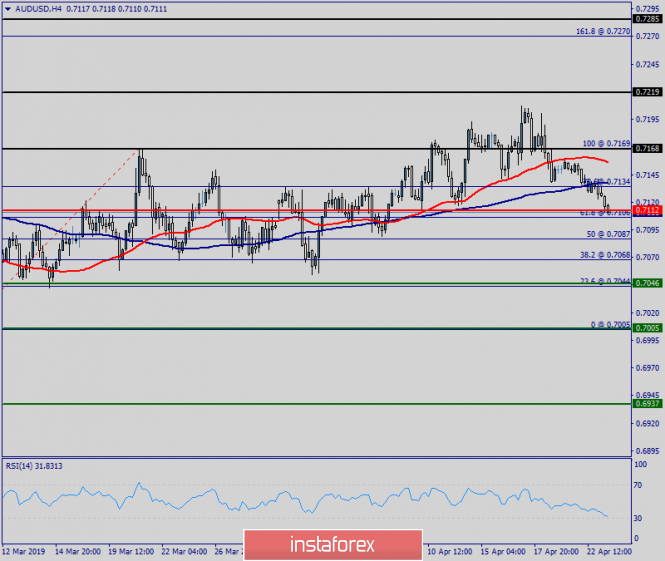 The AUD/USD pair is set above strong support at the levels of 0.7046 and 0.7168. This support has been rejected four times confirming the uptrend.

The major support is seen at the level of 0.7046, because the trend is still showing strength above it.

This is confirmed by the RSI indicator signaling that we are still in the bullish trending market.

The material has been provided by InstaForex Company - www.instaforex.com
2019 Technical analysis of AUD/USD for April 23