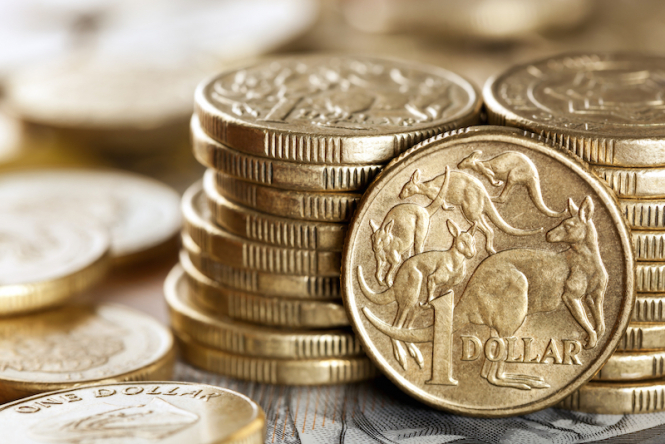 On Wednesday, April 24, experts recorded a rapid decline in the Australian dollar. It suddenly fell after the publication of data on the consumer price index in the country. The slowdown in inflation also contributed to the decline in the cost of AUD.

According to Nick Twidale, Chief Operating Officer of Rakuten Securities Australia, in the event of increased sales of AUD on the London Stock Exchange, the Australian currency may become even cheaper and fall below 70 US cents. The expert is confident that in the near future, we should expect increased pressure on the "Australian".

At the moment, the price of the Australian dollar fell by 0.9% to $ 0.7037. Analysts believe this is the lowest rate since March 11 this year. The catalyst for the fall was the publication of data on the consumer price index in Australia for the first quarter of 2019. The Green Continent also recorded a slowdown in inflation, which had a negative impact on the AUD rate.

In the current situation, pressure on the regulator is increasing with respect to maintaining a soft monetary policy with the possibility of further lowering interest rates. 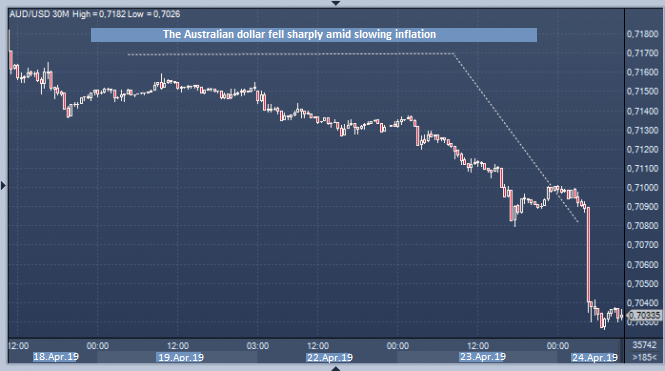 The material has been provided by InstaForex Company - www.instaforex.com
The Australian dollar fell sharply

EUR/USD: plan for the European session on March 13. Buyers negate the bearish trend

To open long positions on EURUSD you need: The euro's next growth negated the bears' plans for a quick continuation of the downward trend. At the moment, it is best to return to long positions from the support of 1.1269, provided a false breakdown occurs, or to rebound from a low of 1.1238. Buying at the breakout of the resistance of 1.1303 will not be the right decision, since it is possible to form a divergence on the MACD indicator, which can lead to a decline in the euro. In the scenario of a breakthrough above 1.1303, against the background of good news on the eurozone, you can open short positions immediately on the rebound from a high of 1.1336. To open short positions on EURUSD you need: Bears will count on another unsuccessful attempt to break through the resistance of 1.1303, with the formation of a divergence on the MACD indicator, which may lead to a downward correction in the area of 1.1269 and 1.1238, where I recommend to lock in profits. In case of good data o