The European Union still took pity on Theresa May and gave the UK another delay with a number of reservations. Formally, the United Kingdom is given a delay of as much as a whole year but only if the United Kingdom takes part in elections to the European Parliament. Theresa May herself understands that such a development will delay the entire process so much that the United Kingdom itself will seriously have to hold a second referendum, and this can lead to a serious political crisis in the UK. So the prime minister made another oath that she would agree with the opposition by May 22 and sign a "divorce" agreement. In this case, the UK will leave the European hostel on June 30 without any elections to the European Parliament, and even with a transition period. Frankly speaking, the rather moderate growth of the pound is due to the doubts of many investors in Theresa May's ability to keep this promise. There are too many contradictions between the government of the United Kingdom and the House of Commons. 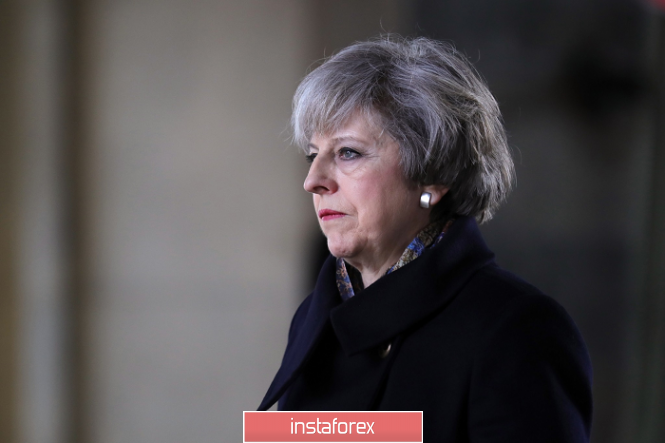 The decision of the European Union was so significant that market participants almost did not pay attention to other factors. In particular, the data on inflation in the United States somehow went through every day, which showed its growth from 1.5% to 1.9%, which means that the rhetoric of representatives of the Federal Reserve System will soon reappear the words about the further course of tightening monetary policy. The press conference of Mario Draghi was somewhat disappointed, as the head of the European Central Bank waited for specifics about the timing of long-term lending to European banks, but they heard a completely different thing. The answer to the most important question was never given. At the same time, the European Central Bank is again concerned about low inflation, and Mario Draghi even said that if the situation does not change, the rates will remain at record low levels in 2020. In theory, all this should have led to a sharp weakening of the single European currency, but the next postponement of Brexit did its dirty work, tearing the markets away from reality. 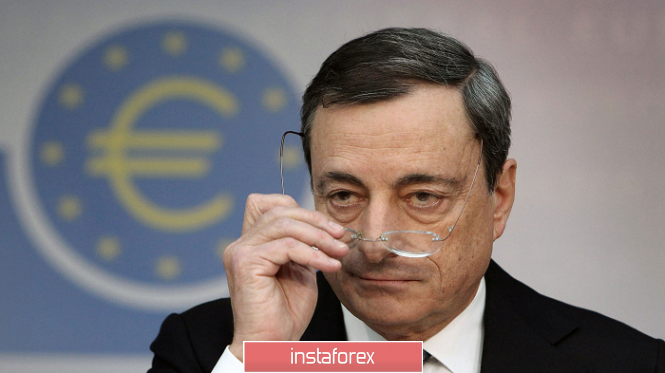 In theory, today the market should correct the imbalances that caused the European Union decision on Brexit. After all, Mario Draghi's statements and inflation growth in the United States clearly indicate the growth of the dollar. However, to rectify the situation, we need some grounds, but we have a problem with them today. It is expected that the total number of applications for unemployment benefits should increase by 30 thousand. In particular, the number of initial applications may increase by 9 thousand, and repeated ones by 21 thousand. Also, the growth rate of producer prices may remain unchanged. Although after yesterday's inflation data, which exceeded expectations, it is hoped that they will show a slightly better result. However, the increase in the number of applications for unemployment benefits will have a negative impact. 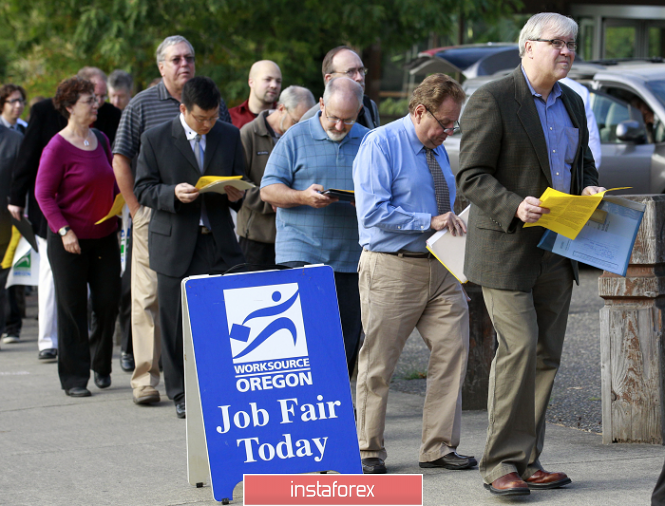 The euro/dollar currency pair showed a considerable amplitude for the past day, but as a result, having a close almost at the opening point. Probably assume a temporary fluctuation in the values of 1.1260/1.1285, where traders monitor the upper limit for a breakdown. 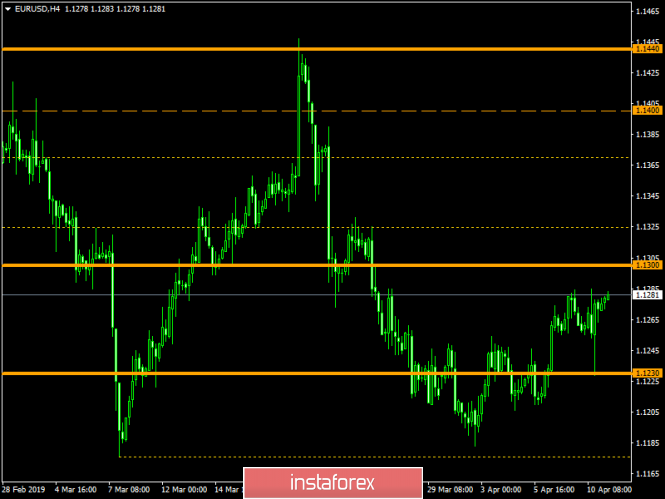 The currency pair pound/dollar for the last trading day has managed to slightly grow, focusing on the peak of April 9, 1.3120. Probably assume a temporary fluctuation in the range of 1.3170/1.3120, analyzing fixation points. 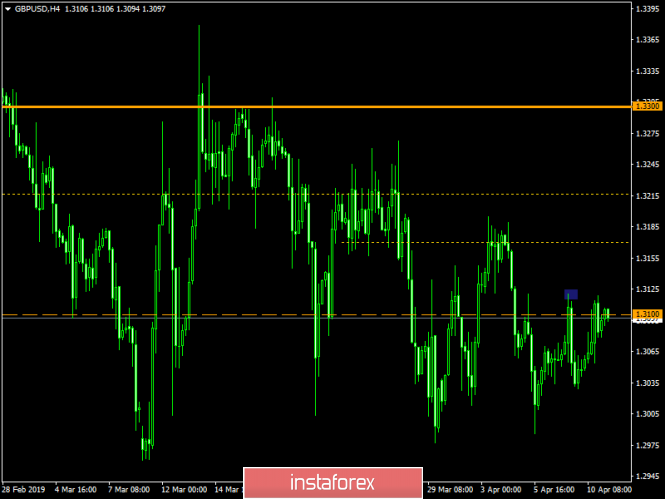 The material has been provided by InstaForex Company - www.instaforex.com
Trading plan for 04/11/2019