By the end of the last trading week, the currency pair Euro / Dollar showed low volatility of 36 points. This led traders in some confusion. From the point of view of technical analysis, we see that for seven trading days, the pair showed a steady decline. With 210 points, the pair found temporary support in the area of 1.1210, formed as a result a congestion. The long-awaited information background regarding the "divorce" process in Britain and Europe has once again ended in nothing. The British Parliament rejected the deal for the third time, even before the EU made it clear that it would no longer back down. More so, the England should make a decision before March 29. Looking at the current situation, there is no solution, the deputies continue to resume possible alternatives, because the UK also refuses to withdraw from the European Union without an agreement. In turn, statements from Europe have already gone. "We have shown a lot of patience towards our British friends, but even this patience is running out. I would like the UK to come to an agreement in a few hours, in a few days, on which way to go further, "said European Commission President Jean-Claude Juncker. European Council President Donald Tusk said that in connection with the refusal of the House of Commons to withdraw from the agreement (Britain), I decided to convene the European Council on April 10. French President Emmanuel Macron, in turn, said that the United Kingdom should submit an alternative plan in the coming days. If this does not happen and it becomes more likely, we will find that the UK leaves the European Union without consent. 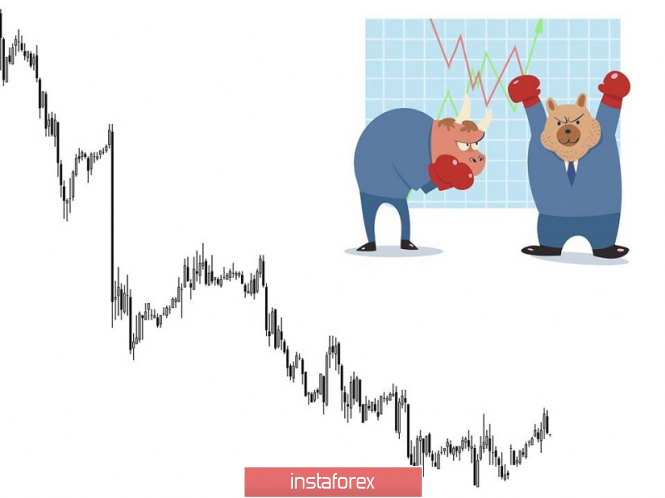 Today, the show with clowns will continue to delight the speculators, as the UK Parliament will again sit down to vote on alternative options: current agreements, early elections, the beginning of the presentation at 2:30 pm, the end of 8:00 pm local time. In terms of the economic calendar, traders are waiting for data on retail sales in the United States, where they expect a slowdown from 2.3% to 2.1%, which could put pressure on the dollar.

Analyzing the current trading chart, we see that the quote has formed a certain cluster of 1.1210 / 1.1250, where there is a fulcrum. It is likely to assume that the bumpiness within the set limits will remain, but at the time of the release of statistics for the States we can jump for a while, forming a correction of 1.1270-1.1280 as a result. 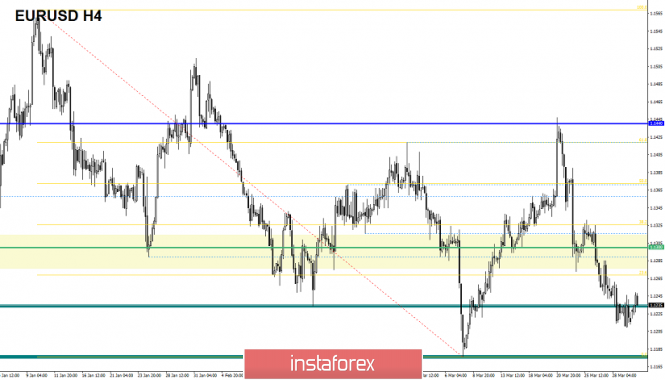 Analyzing the different timeframe (TF) sector , we see that in the short term, there is an upward interest against the background of the current cluster. Intraday and mid-term prospects both maintain a downward interest in the market.

Measurement of volatility reflects the average daily fluctuation, with the calculation for the Month / Quarter / Year.

(April 1, was based on the time of publication of the article)

The current time volatility is 29 points. It is likely to assume that at the time of publication of statistics from the states, volatility may increase.

The material has been provided by InstaForex Company - www.instaforex.com
Trading recommendations for the EURUSD currency pair - placement of trading orders (April 1)