The currency pair Euro / Dollar for the last trading day showed an extremely low volatility of 29 points, as a result with almost one point remaining. From the point of view of technical analysis, we see that the correctional phase from the level of 1.1180 led us to the value of 1.1284, where the quote slowed down, forming a narrow range of 20 points. The news and news background is immediately under a flurry of two events: the first is, of course, an emergency summit of the countries of the European Union, where Brexit's fate will be decided, and the second - no less important event - the meeting of the Unified Central Bank. The upcoming EU summit today has been worrying investors for a week already. It will decide the fate of Brexit, and in particular, the possible delay that Britain persistently solicits. Earlier, the head of the European Council, Donald Tusk, had repeatedly spoken out on this topic, who said that he had invited the leaders of 27 countries in the European Union to discuss at the summit the request of British Prime Minister Theresa May on the postponement. It is difficult to say whether the opportunity for Britain will be given as a result, since the EU has repeatedly responded against such actions, without any guarantees. In theory, a postponement is possible, but for her sake England must demonstrate to Brussels firm steps towards agreeing on a Brexit agreement.

On Wednesday, the Belgian Prime Minister Charles Michel has already managed to declare that there will be no new negotiations on Britain's withdrawal from the European Union.

The second key event of the day, as mentioned earlier, was the meeting of the Unified Central Bank, where, even earlier this week, the media caught up with rumors that the regulator was allegedly disappointed in the policy of negative interest rates. Naturally, you should not think that at the current meeting of the ECB will change the rate. Everything will remain at the same level. However, Mario Draghi will speak at a press conference, happening at 15:30 Moscow time. There may appear explanations of earlier rumors wherein traders might be interested in. 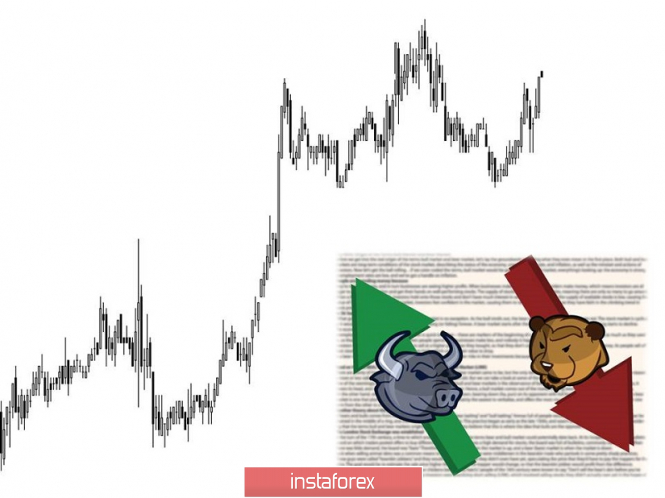 As you already understood, today is too full of events, and even in terms of the economic calendar, we have data on inflation in the United States, where they expect growth from 1.5% to 1.8%. Thus, market volatility is provided to us.

Analyzing the current trading schedule, we see that there is a characteristic stagnation in the market. On the eve of the very stratum of information and news background, investors, naturally, are trying to sit out on the fence, and speculators are considering possible risky entries to ride on the waves noise. 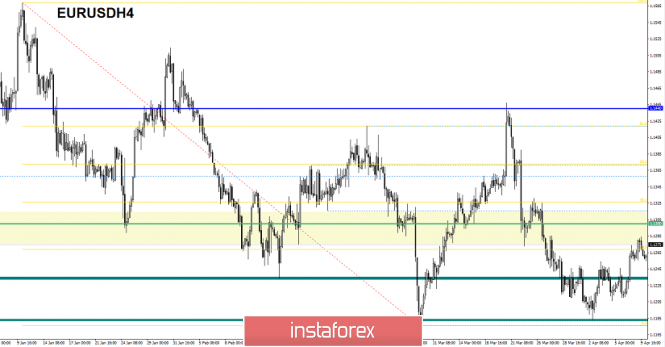 To enter the market is up to you , of course. However, if your positions are purely speculative, then traders are now analyzing the current stagnation of 1.1250 / 1.1285, including the fixation points when placing trading orders.

Analyzing a different sector of timeframes (TF ), we see that in the short and intraday perspective, a variable upward interest has appeared against the background of correction and stagnation. The medium-term perspective maintains a downward interest in the market.

Measurement of volatility reflects the average daily fluctuation , based on monthly / quarterly / year.

(April 10, was based on the time of publication of the article)

The current time volatility is 19 points. Due to the dense information and news background, the volatility of the current day is likely to be high.

The material has been provided by InstaForex Company - www.instaforex.com
Trading recommendations for the EURUSD currency pair - placement of trading orders (April 10)