The euro / dollar currency pair for the last trading day showed volatility, close to the average daily, 56 points, as a result of having a fairly wide fluctuation amplitude of fluctuations. From the point of view of technical analysis, we see that there were two phases. The first reflected a rebound from the previously formed cluster of 1.1250 / 1.1285, where the quotation flew to the mark of 1.1230. The second phase reflects the recovery, where literally there was a return to the opening of the day. In general terms, we have all the same correction from the level of 1.1180. 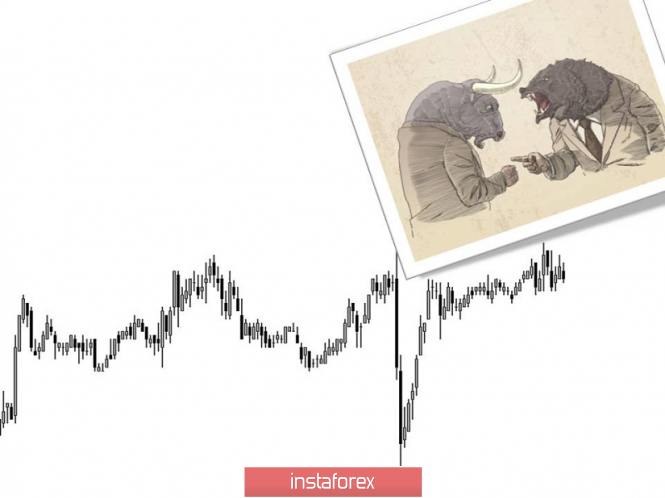 Information news background had a lot of important events, let's consider them in order. The first event that worried the entire market was the emergency summit of the European Union countries, where the British approved a long-awaited postponement with a number of conditions. The terms of the postponement are that the UK is obliged to approve the existing agreement in parliament until May 22, where in this case the exit will take place on June 1. If the British Parliament does not approve the agreement, then there are two options: on June 1, it withdraws from the EU without a deal or takes part in elections to the European Parliament, and the delay in this case is valid until October 31.

"In June, we will not re -negotiate, either between us or the UK, about the agreement reached on exit, because it must be respected," said European Commission President Jean-Claude Juncker.

The second event of the past day was a meeting of the United Central Bank, where rumors had previously occurred that the regulator was allegedly disappointed in the policy of negative interest rates. Naturally, the rumors were not confirmed, Mario Draghi is concerned about low inflation. And if the situation does not change, then the rate will remain at a record low in the next year 2020.

Upon completing the flow of important events data on inflation in the United States, there was a significant increase from 1.5% to 1.9%.

Today, it is worth waiting for some understanding of everything that is happening. In terms of the economic calendar, we have data on the number of applications for unemployment benefits in the United States, where applications are expected to increase. 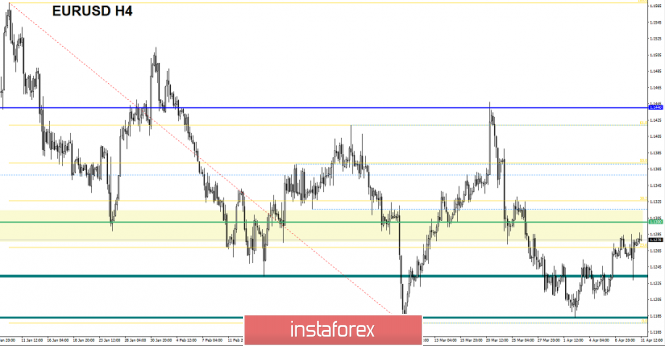 Analyzing the current trading chart, we see that the quotation fixates around the value of 1.1285, where even earlier we felt a periodic resistance in front of us. It is likely to preserve ambiguous fluctuations within 1.1255 / 1.1285, where traders monitor the boundaries for a clear breakdown.

- Buy positions are considered in the case of a clear price fixing higher than 1,1285, with a primary perspective of 1,1300, then we analyze the price fixing relative to the new coordinate.

- Positions for sale are considered in the case of price fixing lower than 1.1250.

Analyzing a different sector of timeframes (TF ), we see that in the short term there is a variable downward interest against the background of a bump in stagnation. Intraday and mid-term perspectives retain an upward interest.

Measurement of volatility reflects the average daily fluctuation, based on monthly/quarterly/year.

(April 11, was based on the time of publication of the article)

The current time volatility is 16 points. If the ambiguous move is maintained within the existing cluster, the volatility may remain low.

The material has been provided by InstaForex Company - www.instaforex.com
Trading recommendations for the EURUSD currency pair - placement of trading orders (April 11)