For the last trading day, the Euro / Dollar currency pair showed low volatility of 46 points. However, it is worth paying tribute, and the direction remains unchanged. From the point of view of technical analysis, we have a stable downward movement. Yes, it is relatively not sharp, but the path from 1.1440 to 1.1195 speaks volumes. Traders and experts in some respects are inclined to think that there is some kind of accumulation due to general uncertainty and fear that the deal with Britain will end in a tough way out. Moreover, the market reaction will not be overwhelming. Then, there is such a move. Now, plunging tightly into the news and news background, we see that yesterday's regular meeting in the British Parliament, all alternative options for the Brexit deal were rejected. That one single script which received the most support from Kenneth Clarke's Conservative Party MP, was the one in which Britain retained membership in the customs union. A total of 273 deputies voted yes, while 276 were against it. However, this is not yet an enough justification for approval. You understand that Europe has already given its answer, that the concessions will not go and the time with England will be until April 12. Let them vote for what they want. The leader of the Liberal faction in the European Parliament (EP), Guy Verhofstadt, has already spoken regarding the current situation. Hard Brexit without a deal becomes almost inevitable. He also added the Britain only has one last chance to overcome the impasse, otherwise, the politician stressed, the UK will meet the abyss. 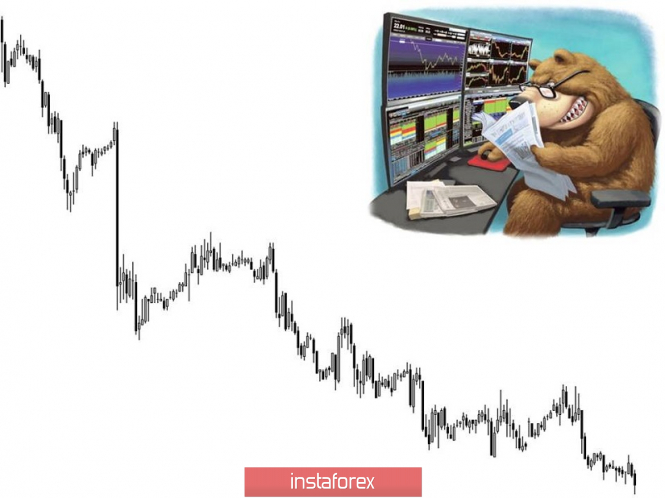 Today, in terms of the economic calendar , we are waiting for statistics on the United States regarding durable goods, and, of course, again the Brexit background, where, as Steven Barclay announced (Minister for Brexit UK), the members of the British Cabinet is scheduled to have a meeting which will allow them to discuss the possible options out of this situation.

Analyzing the current trading schedule, we see that the downward move resumed and the recent slowdown could be attributed to the regrouping of trading forces. It is likely to assume that the sellers are aimed at the level of 1.1180, which reflects the local minimum of March 7, as well as the section of the cluster on historical data. It is difficult to say how quotes will behave further; and for this reason, traders occupy a waiting position and monitor price fixing points. 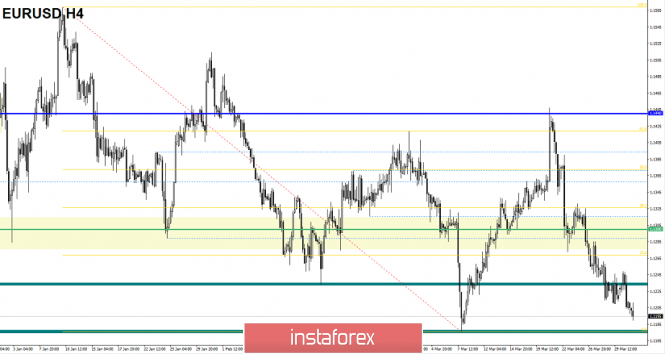 - It's too late to sell positions for sale, yet we are facing the same level of 1.1180, which many traders were aiming at. Now, the clear price fixing is worth analyzing which happens to be lower than 1.1180. In case of a breakdown, we can expect further descent to 1,1100-1,1000.

Analyzing the different sector of timeframes (TF ), we can see that in the short, intraday and medium term, there is a downward interest against the general background of the market.

The current time volatility is 21 points. It is likely to assume that if the quote finds a foothold around the level of 1.1180, then the volatility will remain low.

The material has been provided by InstaForex Company - www.instaforex.com
Trading recommendations for the EURUSD currency pair - placement of trading orders (April 2)