The euro / dollar currency pair for the last trading day showed extremely low volatility of 32 points. However, it still came as a result of having a rapprochement at an important level. From the point of view of technical analysis, we have a stable descending move, where the quote managed to get close to an important level of 1.1180, but already in its aisles the bears felt a long-awaited support, forming a correction as a fact. The news background continues to keep speculators snickering. Yesterday, information was brought in which states that the British opposition leader Jeremy Corbin agreed to meet with Prime Minister Theresa May to discuss ways out of the crisis around Brexit. In turn, Theresa May herself plans to ask the European Union for a new postponement, in order to agree on all the nuances. In her words, the postponement is planned until May 22 so it won't have to participate at the European Parliament elections.

The option regarding the "soft brexit" agreement has caught the attention of interested speculators. As a result, the pound / dollar pair had high jumps whereas the fellow euro / dollar reacted more conservatively to the background; however, after all, there is still room for correction. In turn, the head of the European Council, Donald Tusk, in response to the request of British Prime Minister Theresa May for another postponement of Brexit, told them to be more patient. He also gave a hint on the EU's readiness to provide more time to prepare the contract. 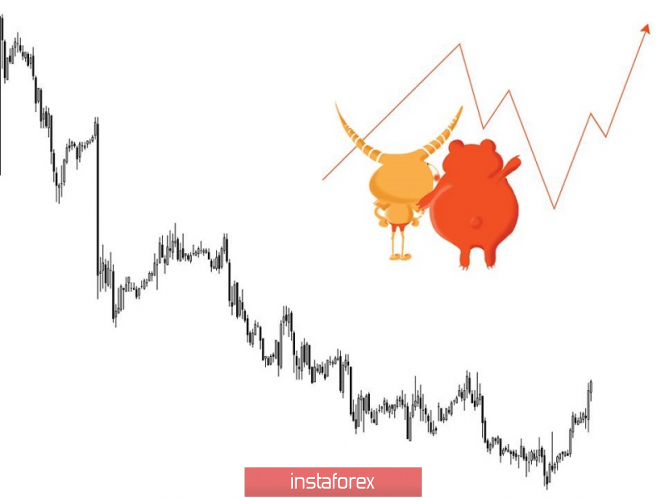 Today, in terms of the economic calendar , the PMI data of Europe has already been released. It shows an increase from 52.7 to 53.3. Furthermore, at 12:00 Moscow time, we are waiting for retail sales (yoy) (Feb.), where growth is expected from 2.2% to 2.3%. In the afternoon, PMI statistics will be released for the United States, where they are waiting for a decline.

Analyzing the current trading schedule, we see the formation of a full-fledged correction, which we have not seen for a long time. The quotation has already reached a maximum of Monday, and it is likely to assume that the upward move will continue to be in line with 1.1270, but after that it can stop.

- Traders considered buying positions even at the moment of approaching the level, 1.1180. Now, the position is being maintained. If we do not have deals, then it is more logical to consider above 1.1250.

- Positions for sale will be considered a little later, as soon as the resistance is felt.

Analyzing a different sector of timeframes (TF ), we see that in the short and intraday perspective, there was an upward interest appeared against the background of the correction. Medium term retains a downward interest.

The current time volatility is 45 points. It is likely to assume that volatility may still increase, as it reaches the daily average.

The material has been provided by InstaForex Company - www.instaforex.com
Trading recommendations for the EURUSD currency pair - placement of trading orders (April 3)