Today, the US dollar is showing steady growth across the market amid favorable corporate reporting for the first quarter of this year. Such dynamics is reflected in all dollar pairs, but among them we can separately distinguish the USD/CHF.

The weakness of the franc has been celebrated for more than a month. In early April, the greenback overcame the level of parity against the Swiss currency for the first time since January 2017. Today, the pair has updated a two-year high, jumping to the level of 1.0227. Such dynamics is caused not only by the revaluation of the US currency - the "chief" also becomes cheaper for its own reasons, which can be clearly seen from the dynamics of the EUR/CHF cross pair. 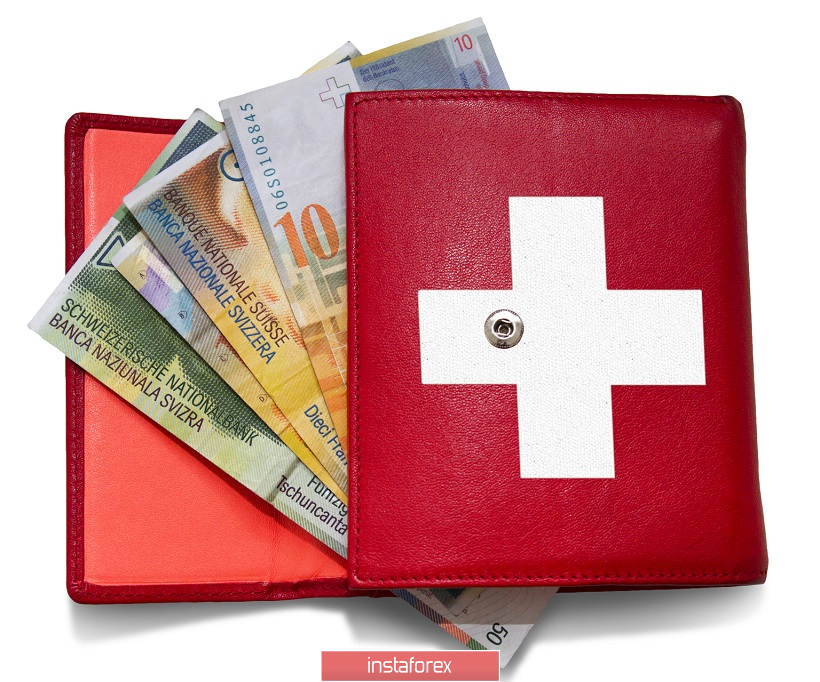 As you know, the Swiss regulator often looks back on its European counterparts - the economic interrelation forces one to consider (or at least take into account) their maneuvers. For example, after easing the monetary policy of the ECB, the SNB decided to introduce a negative rate, subsequently reducing the list of so-called "beneficiaries."

Now, when the European regulator actually announced its intention to start the reverse process (having completed QE and talking about the possibility of raising the rate next year), a similar reaction was expected from the SNB. But today the chairman of the central bank of Switzerland empathically and categorically rejected this opportunity. Thomas Jordan said that such a decision was dictated primarily by low inflation, which still cannot reach even the one percent mark. So, according to the latest data, the consumer price index in March rose to 0.7% in annual terms and to 0.5% on a monthly basis. The structure of the indicator suggests that a slight growth in inflation is due to the increase in prices for international tours and air travel. However, despite the positive dynamics, the rate of inflation growth looks extremely weak. For example, from May to October last year, the CPI fluctuated in the range of 1% -1.2% (y/y). Then the index began to gradually decline, and in January it reached a low of 0.6%. Therefore, an increase in the indicator to 0.7% cannot be considered a positive trend, since inflation is too far from its target level. 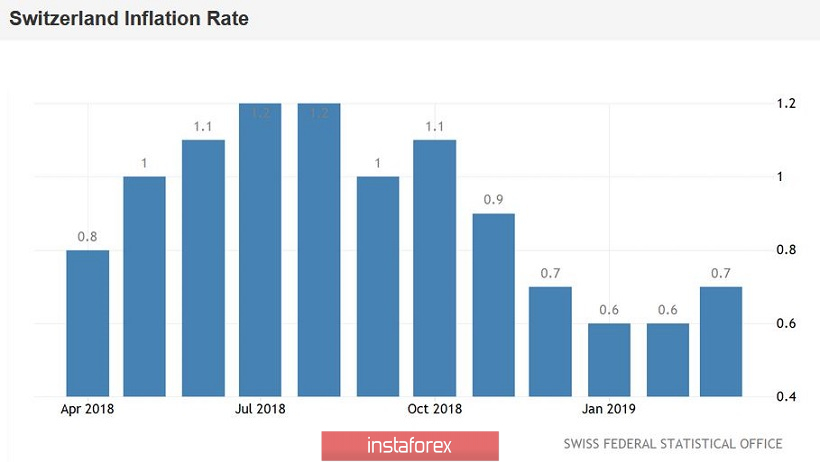 In addition, there is still a negative gap between actual and potential production, while the Swiss franc remains "significantly overvalued." In other words, Jordan hinted rather transparently that in the foreseeable future the Swiss regulator is not going to follow the path of the ECB, nor, especially, the path of the Fed. Moreover, during his speech, the head of the SNB allowed further softening of the parameters of monetary policy. Firstly, we are talking about intervention in the foreign exchange market (to be applied with almost a 100% probability), , and secondly, about reducing the interest rate further into the negative area: Jordan did not rule out this option today. Indeed, according to the SNB representative, besides the problems voiced above, there are a few more. In particular, it is the low profitability of companies and the associated "caution in hiring new employees." Thus, the regulator conducts a causal relationship between the expensive franc, the profitability of enterprises, unemployment and consumer activity, which ultimately affects the dynamics of inflation. The similar rhetoric of the head of the SNB puts a lot of pressure on the franc. In addition, the demand for Swiss currency declined due to the risk-taking against the background of positive statistics from China and progress in trade negotiations between Beijing and Washington. Such a fundamental picture pushes the pair to new price highs - especially against the background of the growth of the US currency. In this context, Friday will play a special role for the USD/CHF pair. First, the United States will publish data on the growth of the American economy. In the 4th quarter of 2018, the GDP index reached 2.2% - and according to the forecasts of most experts, in the first quarter of this year the US economy will show a similar result. If the real figures do not coincide with the forecast, then the dollar will fall into the zone of price turbulence - especially if the result is higher than expected. In such a case, the rhetoric of Fed members may again become tougher. In addition, the head of the SNB, Thomas Jordan, will again speak on Friday - he will give a speech at the general meeting of shareholders of the central bank. If he confirms the intention to reduce the interest rate, the franc will receive another informational reason for further devaluation.

From a technical point of view, the situation is as follows. The pair on all "higher" timeframes (from H4 and above) is on the top line of the Bollinger Bands indicator, which indicates the priority of an upward direction. On these timeframes, the Ichimoku indicator has formed a bullish "Parade of lines" signal. The strongest resistance level is at 1.0250 - this is the top line of the Bollinger Bands on the monthly chart. If the pair consolidates above it, then the probability of growth to multi-year high of 1.0350 will increase in many ways.

The material has been provided by InstaForex Company - www.instaforex.com
USD/CHF. The franc drops to multi-year lows