Wave analysis of EUR/USD for April 18. The euro fell, but retains an upward set of waves 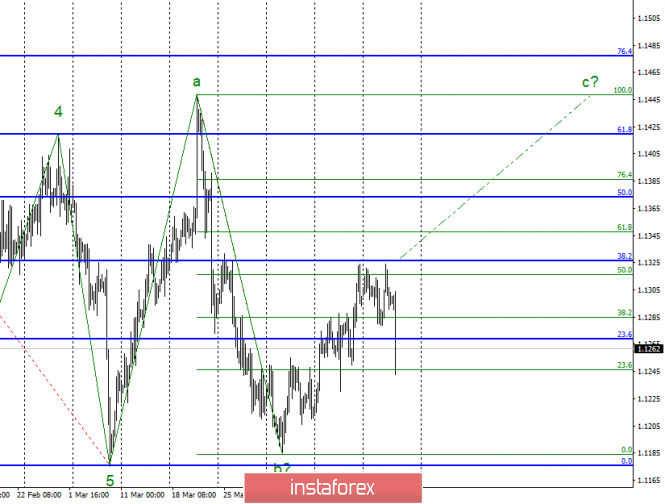 The pair, presumably, remains within the framework of the construction of wave C, but now the construction of an internal downward wave has begun. I believe that the pair will bounce from 23.6% level and will resume rising with targets placed near the calculated marks of 1.1448 and 1.1476. But a successful attempt to break the level of 23.6% can lead to complications of the current wave marking.

The material has been provided by InstaForex Company - www.instaforex.com
but retains an upward set of waves Wave analysis of EUR/USD for April 18. The euro fell