Wave analysis of GBP / USD for April 11. Brexit is transferred. The pound sterling is calm. 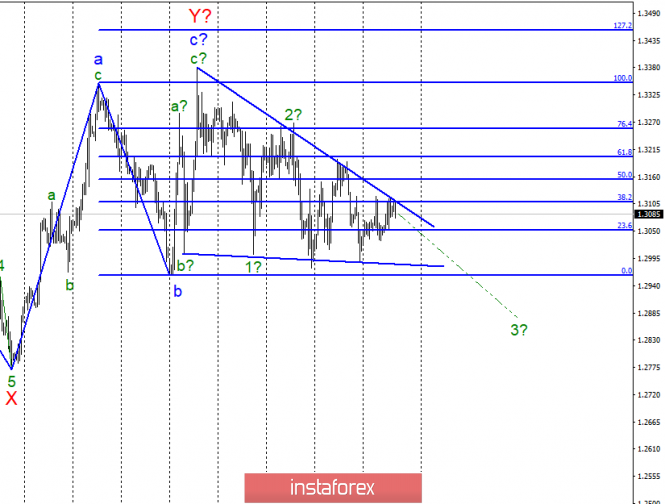 On April 10, the GBP / USD pair gained about 35 bp, but remains within the limits of the narrowing triangle. Given the news background on the previous day, there were several reasons to assume that the instrument went beyond the triangle. However, this did not happen. Thus, we can only continue to wait for the pair to succeed. At yesterday's EU summit, a decision was made to grant a deferment on Brexit which calls a positive news for the pound. Also, GDP figures for March pleased the markets. This caused a rise in the British pound, but only a small one. Today, no statistics will come out. You can only rely on news from government circles in Britain or from parliament.

Wave pattern involves the construction of a downward trend. However, until the pair breaks through one of the lines of the triangle, the bidding will take place inside it. The news background today is likely to be absent, so the tool may fall to the bottom line of the triangle. A successful attempt to break through the top line will be a strong enough signal for small purchases.

The material has been provided by InstaForex Company - www.instaforex.com
Wave analysis of GBP / USD for April 11. Brexit is transferred. The pound sterling is calm.