Wave analysis of GBP / USD for April 3. British pound can not determine the direction 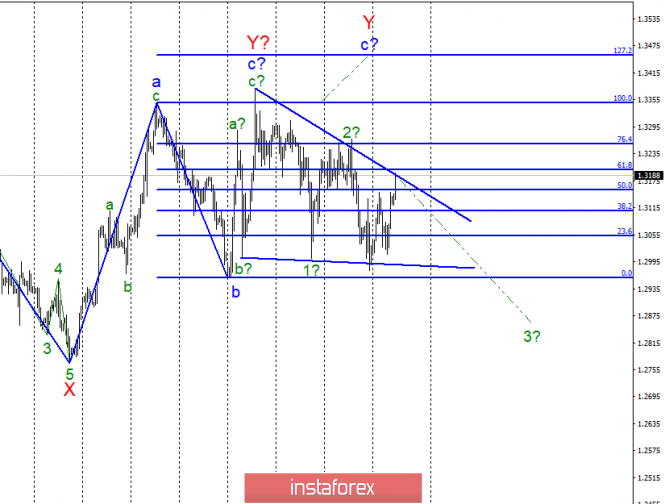 On April 2, the GBP / USD pair added about 25 bp and failed to renew the previous local minimum. The wave pattern is again complicated, as the new downward trend starts on March 13, and this no longer looks like an impulse one. However, it takes the form of a narrowing triangle. The breakthrough of the top line forming this triangle will further complicate the current wave marking and, in fact, signal that there is no trend. The news background remains generally on the side of the US dollar, but yesterday's news from America helped the pound sterling, while news on Brexit predict another transfer.

Wave pattern involves the construction of a downward trend. However, the tool had serious difficulties in the breakthroughs of 30 figures, which threw the pair up. The breakthrough of the upper line of the narrowing triangle will indicate that the pair is ready to increase by another 100-150 bp. Unsuccessful attempt of a breakthrough - to reduce 30 pieces to the area.

The material has been provided by InstaForex Company - www.instaforex.com
Wave analysis of GBP / USD for April 3. British pound can not determine the direction