Wave analysis of GBP/USD for April 9. The exit from the triangle is near 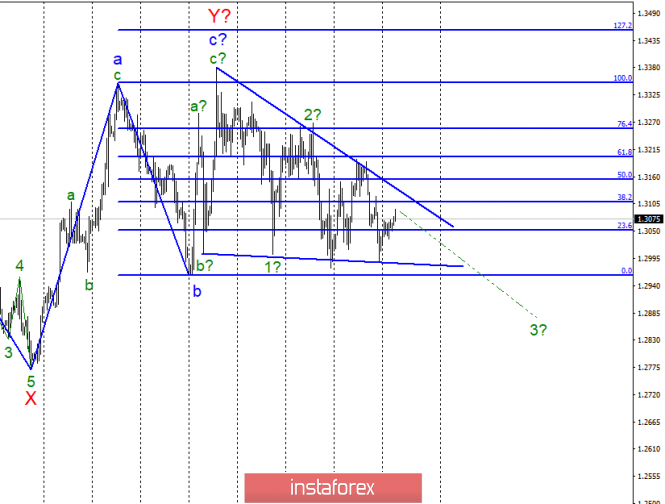 On April 8, the GBP/USD pair gained about 25 bp but remains within the narrowing triangle. In the near future, the tool may leave this triangle and mark the direction of movement for several days. Based on the current wave marking and the news background, it is more preferable to build a downward wave. This requires a successful attempt to break the bottom line of the triangle. The Brexit theme is still very important, but there have been no new messages over the past day. In the coming days, Theresa May will negotiate with the European Union about the postponement of the Brexit date in order to be able to try again to reach an agreement with the Parliament on accepting her version of an agreement with the European Union.

Wave pattern involves the construction of a downward trend section. However, as long as the pair does not break through one of the lines of the triangle, trading will take place inside it, which limits the markets in the possibility of opening deals "for the future". A break of one of the triangle lines will be a strong enough signal to buy or sell.

The material has been provided by InstaForex Company - www.instaforex.com
Wave analysis of GBP/USD for April 9. The exit from the triangle is near