What did the nonfarm say?

The April nonfarm payrolls data again proved to be rather contradictory: on the one hand, the growth in the number of employees recovered from the anomalous sleep last month, but on the other hand, the wage data disappointed. This ambiguous picture did not make it possible for dollar bulls to develop a full-scale offensive across the market, although the US currency strengthened in most currency pairs. 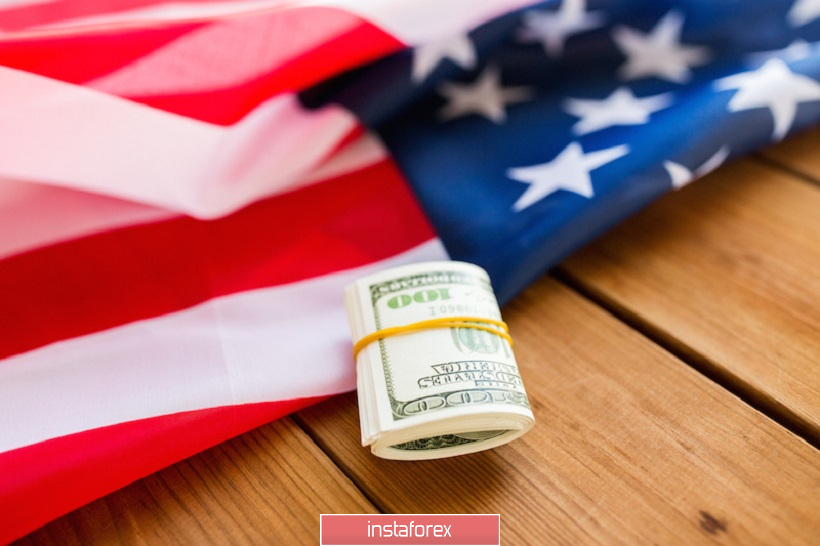 If we directly talk about the euro-dollar pair, its situation has not changed much since the Friday release. The single currency lost the conquered positions, but at the same time the price stayed within the 12th figure, whereas for the development of the downward trend, the EUR/USD bears must go below the mark of 1,1180. The conclusion is obvious: Nonfarm payrolls were unable to reverse the overall situation, and the pair continued to hover in the flat, despite the loss of 50 points during the final trading day of the week.

Dollar bulls again had no luck: over the past few months, one of the nonfarm payrolls components has been knocked out of the general rut and offsets the overall positive effect. For example, with a record increase in the number of people employed in January, the unemployment rate increased (by two tenths of a percent at once, to 4%). Then the opposite situation occurred - amid falling unemployment to 3.8%, the growth rate of employed collapsed, immediately to 33 thousand. The March nonfarm payrolls also proved controversial. In this case, it summed up the inflation component - wages.

Although the remaining parameters of the US labor market pleased: unemployment remained at a record-low level of 3.8%, the number of people employed in the non-agricultural sector jumped to 196 thousand (with a forecast of 170 thousand), and in the private sector to 182 thousand ). However, all these rainbow numbers remained in the shadow of the Average Hourly Earnings. In February, this indicator turned out to be much higher than forecast - 0.4% on a monthly basis and 3.4% on an annual basis. But in March, the situation returned to normal: on a monthly basis, wages grew by only 0.1%, but in annual terms - up to 3.2%. Both indicators did not reach the forecast values, signaling a slowdown in inflationary trends. 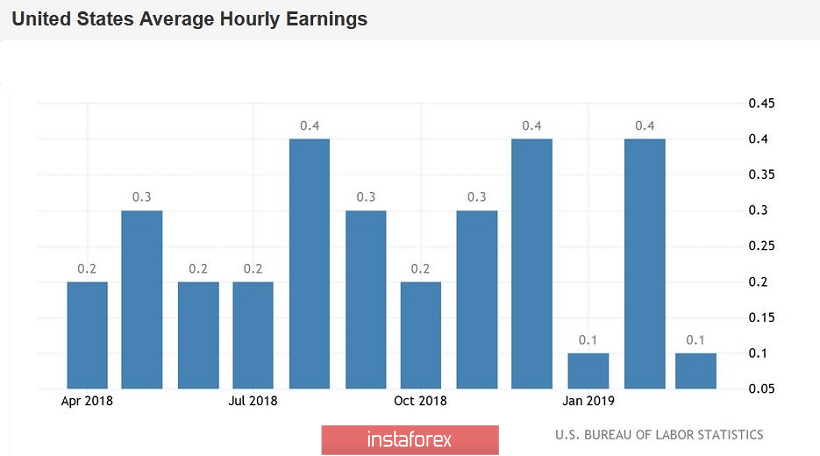 Here it is worth recalling that according to the latest data, the US consumer price index continued to show a negative trend in March. For comparison: in October it was at the level of 2.5% (in annual terms), and in February it dropped to the level of 1.5% (with a weak growth forecast to 1.6%). Core inflation disappointed even more, both in monthly and annual terms. The release was lower than the predicted values - 0.1% m/m and 2.1% y/y. Despite the fact that the core consumer price index fell by only one tenth of a percent, the very fact of negative dynamics is important here, because these figures went out at the same level since the beginning of last fall, whereas in March the indicator signaled a slowdown.

In other words, the recent nonfarm reminded the market that no inflation break could be expected in the near future. As well as it is not necessary to expect an increase of the interest rate - at least, within the limits of this year. This fact has already been taken into account in current prices, and therefore does not pose any threat to the dollar. But a possible rate reduction may bring down the US currency, although this scenario is unlikely today.

And yet this scenario is mentioned, and not only among traders or currency strategists. In particular, Stephen Moore, nominated by Trump to the Board of Governors of the Fed recently demanded Federal Reserve members to reduce the rate by 50 basis points. Yesterday, his idea was picked up by Donald Trump himself, who voiced a similar "wish". Members of the US regulator reacted negatively to the statement of the president of the country: most of them tend to take a wait-and-see position. In particular, the President of the Federal Reserve Bank of Cleveland Loretta Mester said that the cycle of rate hikes is over (that is, the rate has reached a neutral level), but it is not advisable to talk about easing monetary policy at the moment. A similar position was expressed by Patrick Harker, who will have the right to vote in the Federal Open Market Committee next year.

In other words, the Fed is not yet ready to consider the option of reducing the rate – at least this thesis was voiced in the public plane. However, the "dovish wing" of the Fed is building up its position, which may eventually affect regulator's ongoing policy. In this context, the fact of a slowdown in wage growth looks like a "wake-up call", which foreshadows a further slowdown in inflation in the country.

Thus, the greenback again did not receive unambiguous support: now the dollar bulls are forced to rely only on the external fundamental background. Uncertainty with Brexit and the fluctuation of US-China relations can support the growth of the dollar, but relying on these fundamental factors is too risky. Next week, Brexit will again suffer (most likely), but the trade war, apparently, is nearing its end. Donald Trump actually announced the conclusion of a "global" deal as early as April, although he acknowledged the existence of controversial points.

So, the fundamental background for the dollar looks too unreliable to even mention a rally. In the context of the EUR/USD pair, this means that a corrective pullback to the middle of the 12th figure (1.1255 is the Tenkan-sen line on D1) is quite possible, followed by a test of the average line of the Bollinger Bands indicator – the mark of 1.1285. In any case, with short positions, you should be careful until the pair has broken through and consolidated below 1.1180.

The material has been provided by InstaForex Company - www.instaforex.com
What did the nonfarm say?